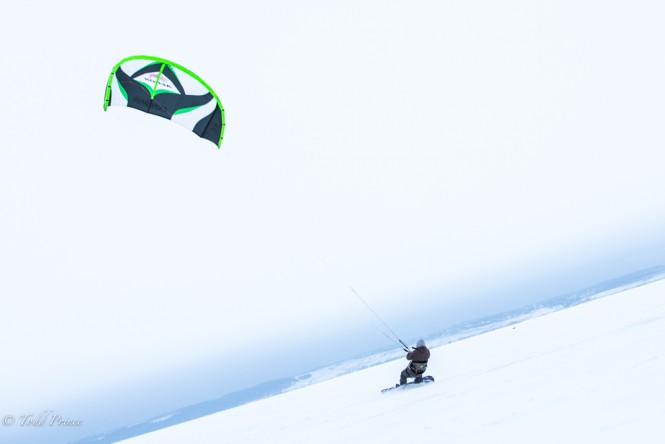 With 15 years in Russia behind me, I was asked by a Russian publication if I would like to talk about my life here. As I love photographing around Russia, I suggested traveling with me – and my camera – for a day to a nearby town.

The producer suggested Pereslavl-Zalessky, a historic Russian town about 150 kilometers from Moscow in the direction of Yaroslavl.

Like all so-called ‘Golden Ring’ town in central Russia, Pereslavl has several picturesque monasteries and churches. The town lies on the shore of Lake Pleshcheyevo, making it great for photography. 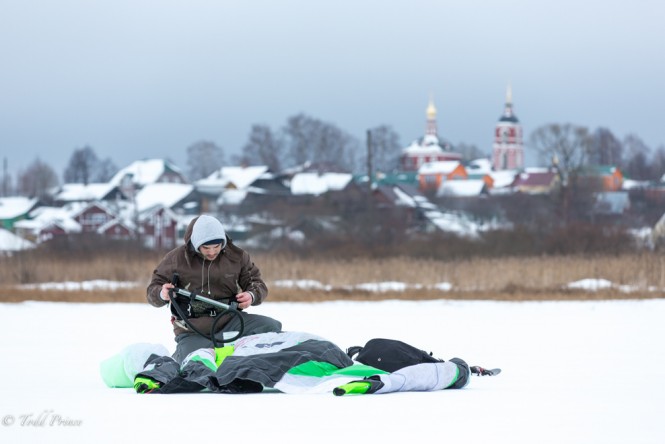 Dima pumping air into his kite. A church rises in the background.

I haven’t been to Pereslavl since the spring of 2011, when I made a pit stop on my way to a town further out. I was also there in the summer of 2008 for wind surfing, but didn’t take my camera then. Thus, I agreed with the producer’s suggestion.

As I prepared for the trip, I expected to photograph the monastery and church from the frozen lake, a beautiful but typical Russian landscape shot.

However, as we approached the lake in the mid-afternoon, I noticed it was dotted with a dozen little tents belonging to fisherman. In addition, there were people wakeboarding, most using kites, but one using a snowmobile. 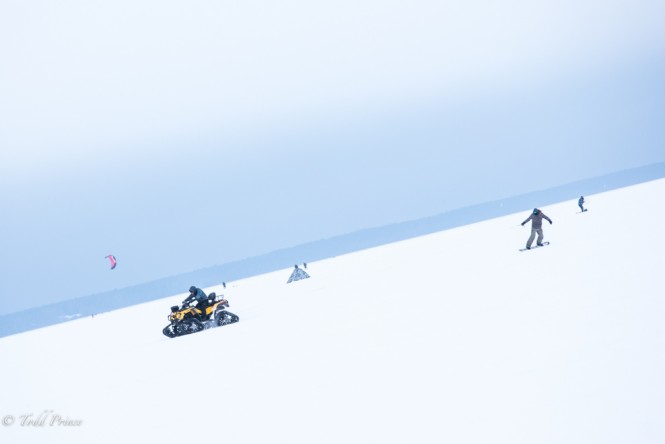 A Russian wakeboarding with help of a snowmobile.

This looked a lot more interesting to photograph, so I went in the direction of the the fisherman and wakeboarders rather than toward the shore, where the monastery and churches stood.

The fishermen I spoke with, all dressed in thick camouflage clothing, said they arrived at 8am. By 4 pm, when they were heading home, they had caught 1-1.5kg of small-sized fish. 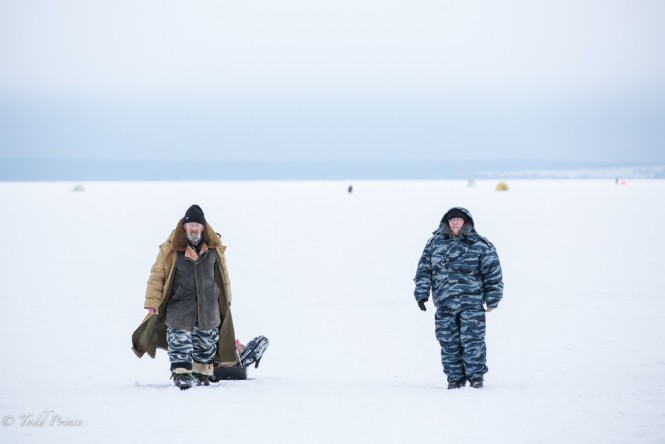 This husband and wife showed us about a dozen small fish they had caught., a total of 1.5 kg.

Dima, a wakeboarder, had arrived late in the day after reading a website that indicated the wind would be good. He said it was the first time he made it out to Lake Pleshcheyevo this winter. Dima said that there were relatively few people on the lake on this day – perhaps because the wind was choppy.

I can imagine how beautiful this scene would look on a cold, sunny, windy winter day….dozens of people wakeboarding with colorful kites in the foreground on bright white snow as centuries-old churches rise on the shore in the background.

You can bet I am coming back to Lake Pleshcheyevo and Pereslavl this winter….but I will make sure I leave early to avoid the nasty traffic on the Moscow-Yaroslavl road, which is (still!) under construction.

Dima walking out onto Lake Pleshcheyevo, a monastery visible on the shore in the background.

A fisherman retrieving his tent after it blew away. 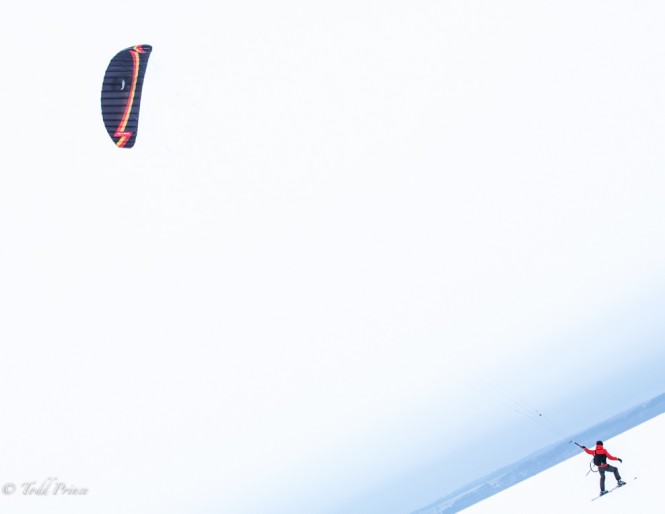