Transnistria’s Soviet emblem at the entrance to Tiraspol

”Back in the USSR” is what one Moldovan tour guided calls his one-day car excursion to Tiraspol, the capital of Transnistria, a Moldovan breakaway region.

That tour guide’s title is probably not unusual. This region is often referred by travelers as a place ‘frozen in Soviet time’….which is precisely why I wanted to visit it.

I took the roughly 90 minute bus ride from the Moldovan capital Chisinau to Tiraspol for under $10 dollars, enjoying the Russian comedians shown on the buses TV. 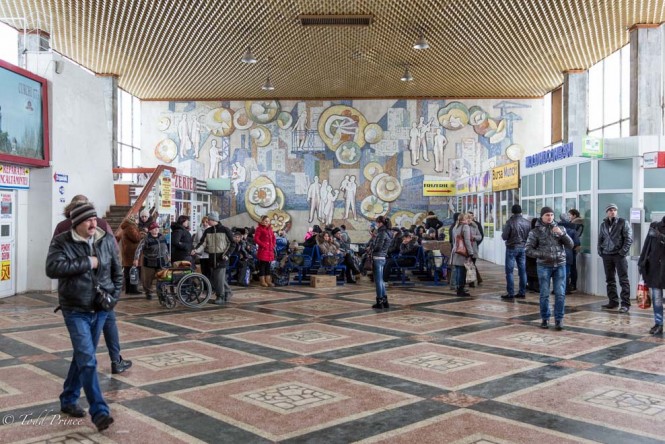 The Chisinau bus station, from where you can catch transport to Tiraspol.

That the bus showed a Russian comedy reflects that most of the people traveling between Chisinau and Tiraspol are likely to be native Russian speakers…by they by nationality Ukrainian or Russia. Those two groups make up around 60% of Transnistria’s population.

Before we could enter Transnistria, we had to stop at a passport control point, a simply process that me a minute. I was given a stamped piece of paper that I had to return upon exiting the town.

As the bus entered into Tiraspol, I could see the Soviet-like emblem on a poll as well as a street greeting reminiscent of bygone years. I got out there to photograph and start my walk.

I passed a new shopping center and modern gas station as well as new construction projects, which didn’t fit with the ‘back in USSR’ label the town has. As I walked a bit further, I passed an old outdoor market and currency exchange point that were at least reminiscent of the 1990s, if not Soviet times.

As the weather was bad, I grabbed a taxi to take me to the center of town. I noticed that many of the cars we passed were the cheap Soviet Lada models that have nearly disappeared from Moscow roads.

Walking along a main street in the center, I passed the Soviet-era House of Soviets, which is now Tiraspol’s city administration. A Lenin bust stood in front of the House of Soviet’s … as did a new, black Mercedes. 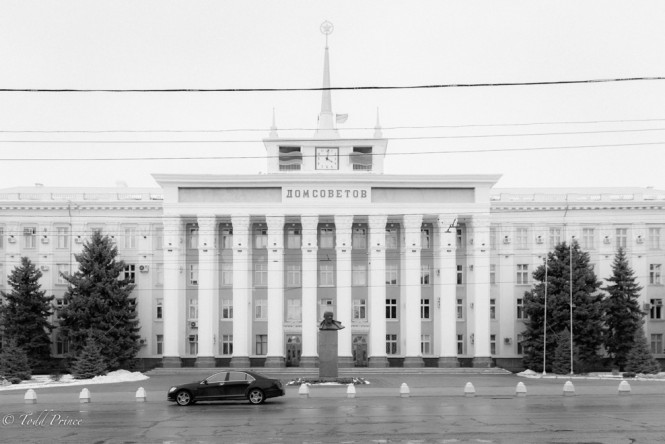 A black mercedes sits in front of the House of the Soviets in Tiraspol as a bust of Lenin looks on.

During my stroll through the city, I spoke with three random young people. Not one saw a future for themselves in Tiraspol, most looking to move to Russia.

A fourth person I spoke to, an woman in her 30s, had just returned from Istanbul, where her boyfriend of two-years lives. Perhaps she too will leave Tiraspol…. but for Turkey rather than Russia.

After about 4 hours of walking around town, I headed toward the bus stop in front of the train station. As I did so, I passed a few buildings that looked like abandoned factories. Hundreds – if not thousands – of birds now call those buildings home. 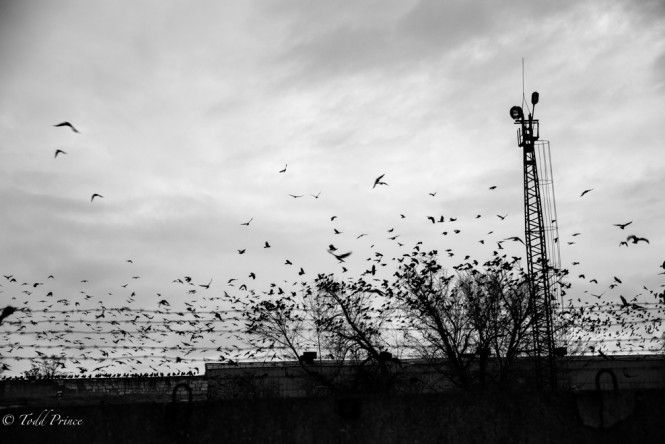 Birds flying from what appears to be an abandoned building.

Aside from the Soviet emblem, Tiraspol really did not differ from most under-invested towns in Russia that depend on the central government for funding.

These towns have the same combination of modern retail outlets, food stores and bank offices to help people spend their bigger pensions or government salaries.

They have the same worn Soviet housing, grand government buildings in Stalinist style and abandoned factories.

And, unfortunately, they have the same young people looking to other place – like Moscow – for a job, for a future. 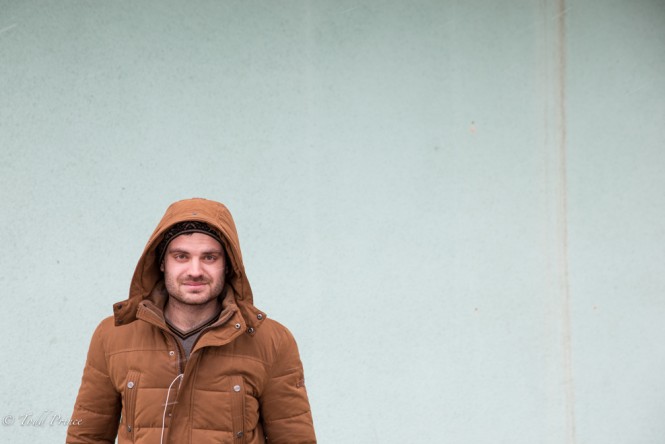 A young Moldovan in Tiraspol. He hoped to move to Moscow, where his brother works.

Transnistria is worth a day’s visit if you are in Chisinau, but don’t expect to see something other than a typical provincial Russian town.

The bus bound for Tiraspol awaits passengers. It would be half full by the time it left.

A woman outside the Chisinau bus station possibly on her way to Tiraspol. 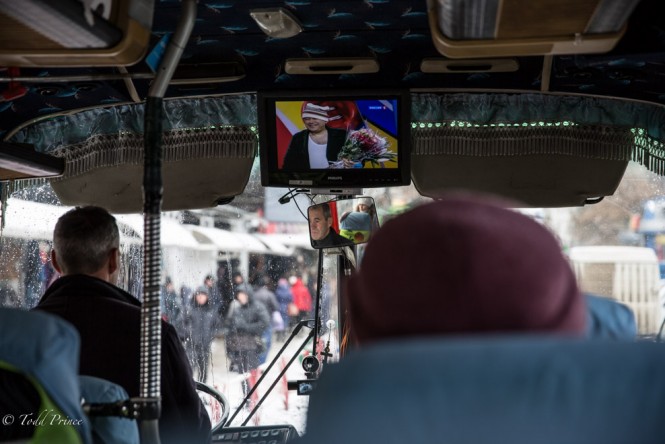 Russian comedians perform on the TV in this bus to Tiraspol. 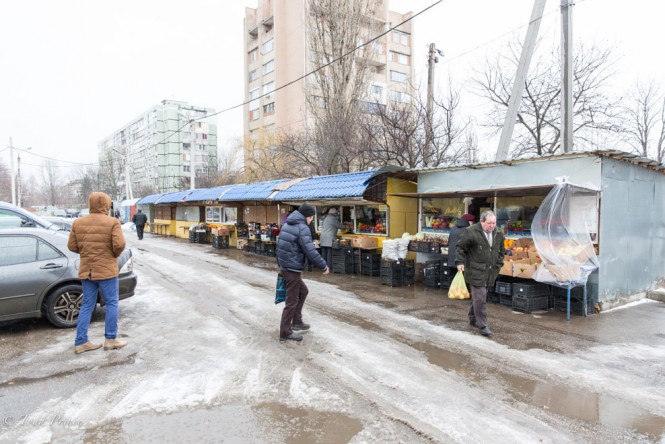 An outdoor market in Tiraspol.

A young couple in Tiraspol. He said he might move to Russia. 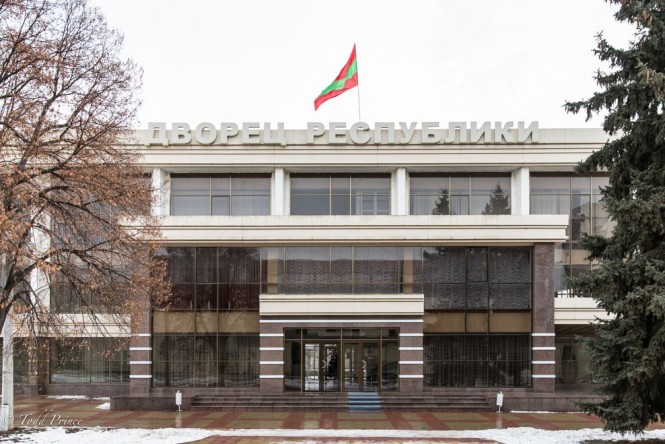 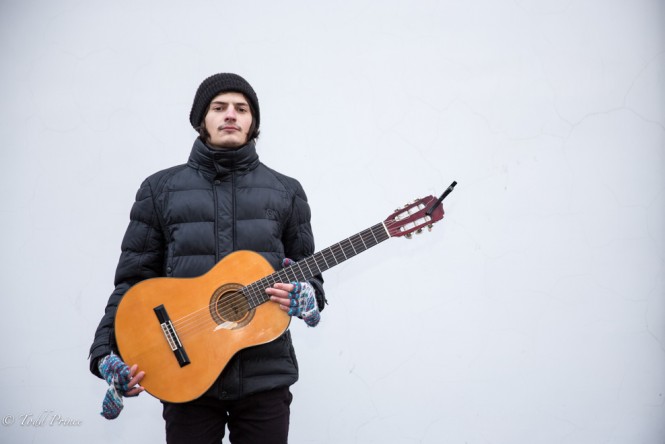 A street musician in Tiraspol. 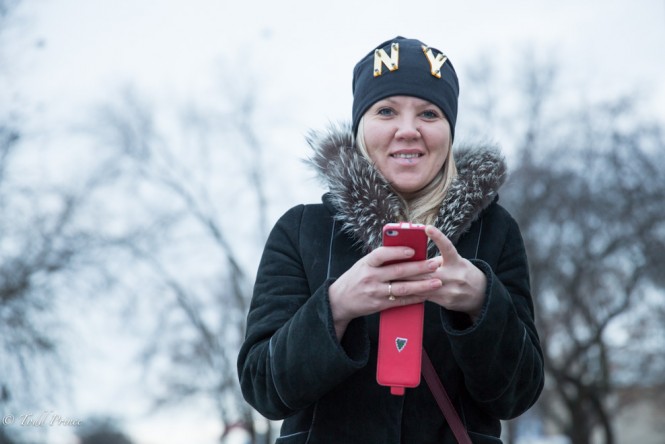 She just arrived back from Istanbul, where her boyfriend lives. 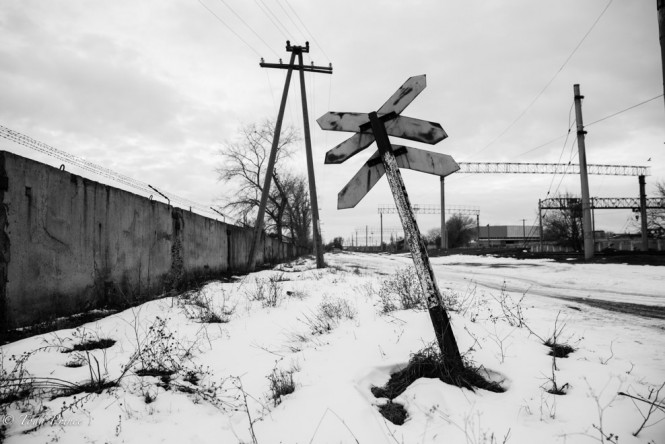 The view from along the Tiraspol train tracks.

Crumbling buildings along the train tracks are home to hundreds of birds. 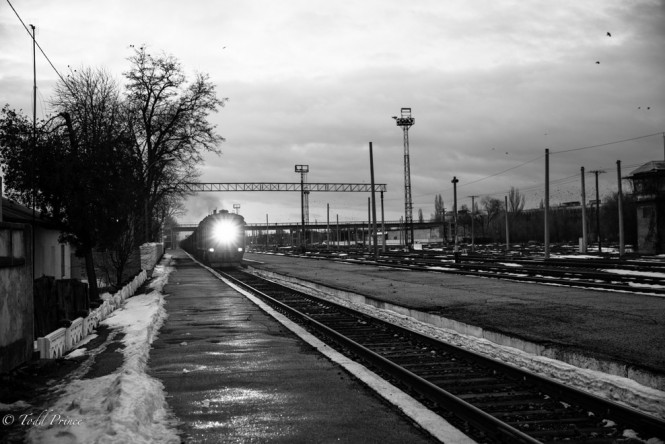 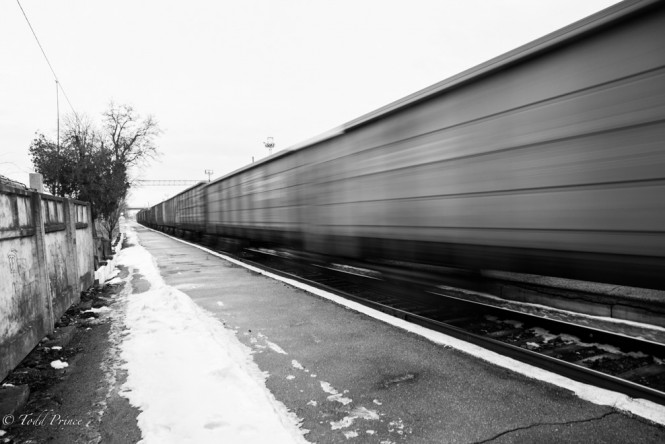 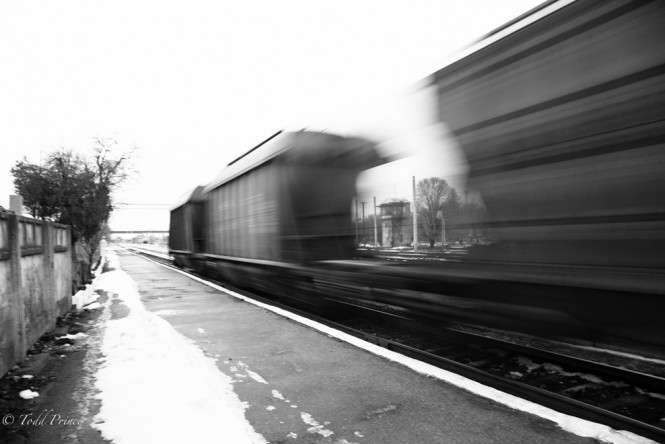 A cargo train flying by the Tiraspol train station. 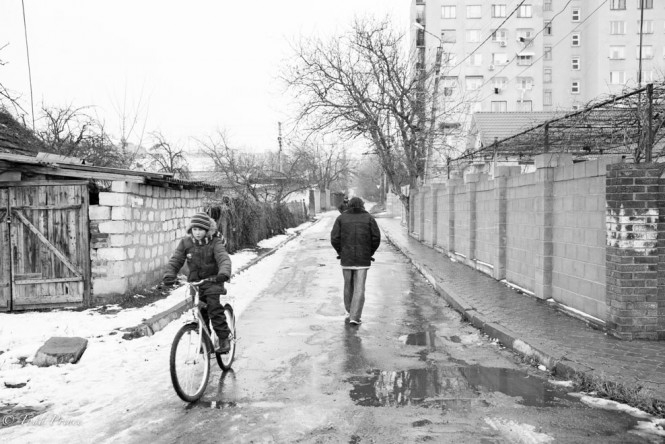 A young boy riding town a street in Tiraspol 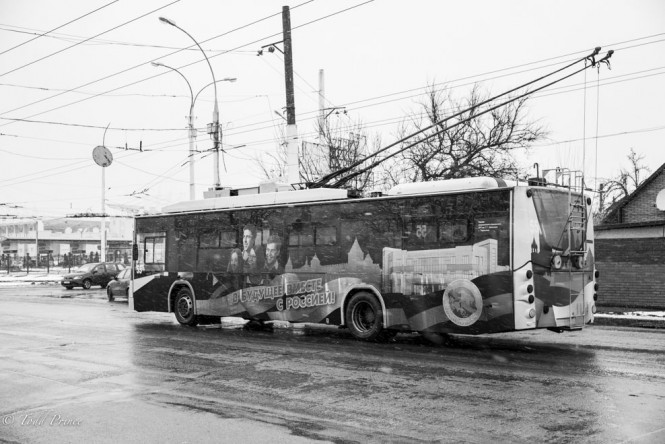 Tiraspol City Bus reads ”A future together with Russia.”

A modern retail store in Tiraspol