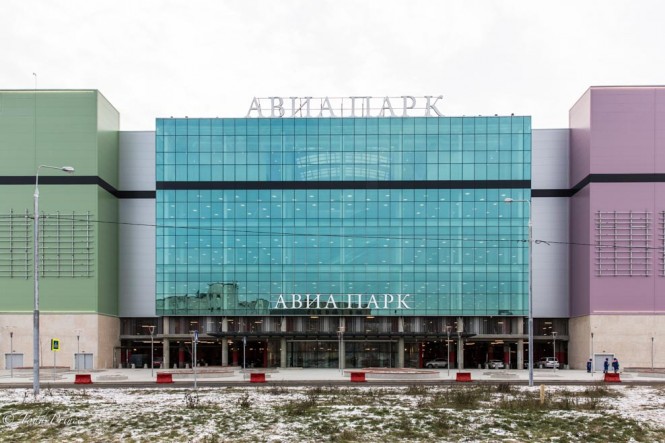 A front entrance to the mall.

AviaPark, Europe’s largest mall at 390,000 sqm – nearly double the size of Macy’s Herald Square department store in NYC – opened today in Moscow on a rather inauspicious day for Russian consumption…

Oil fell to its lowest value in four years, raising more concerns about a Russia recession and sending the currency to a historical low of 50 rubles/$. The falling currency damages Russian consumer confidence and makes the foreign goods on offer at AviaPark more expensive in ruble terms.

The opening of AviaPark comes nearly 15 years to the date of another landmark retail event in Russia – the opening of Ikea’s first Russia store near Moscow in January 2000.

At the time, there was basically nothing of Ikea’s kind in Moscow. That fact – along with huge pent up demand as Russia emerged from a decade of economic turmoil –  meant massive lines outside Ikea on opening day.

No Longer a Novelty 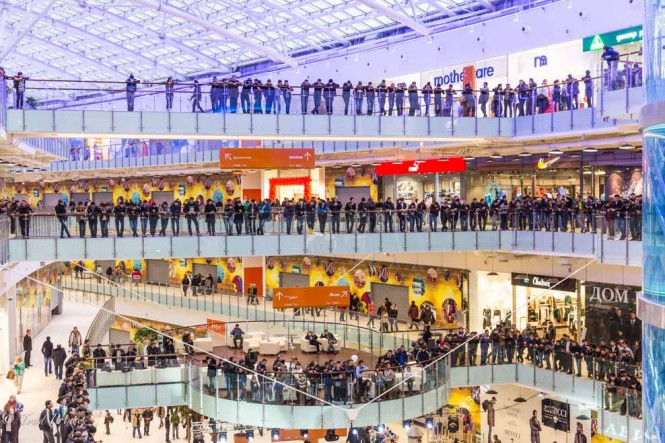 Most of the people pictured here are the migrant workers that built the mall. They were watching a show while shoppers were visiting stores.

Today’s AviaPark opening drew a decent stream of visitors – part of whom were the migrant workers who helped build it – but nothing of the sort that Ikea drew back in 2000.

In large part, this is because large shopping malls are no longer a novelty in Moscow, and, perhaps, in small part because Russia is entering – not emerging – from an economic downturn.

The Russian capital can boast today of at least a dozen top-notch malls,  not to mention many malls of more humble size. Vegas, a high-end outlet, just opened their second mall this summer in Moscow. It hosts Russia’s largest movie theater with 22 screens as well as a Rockefeller Center replica.

Another reason perhaps for a smaller turnout is that only about 150 of the 550 stores in AviaPArk actually opened today for business.  Several of the stores opening today were putting their final touches on ahead of the official public opening at 2pm local time. The remaining stores will open within two months.

A view of the four floors and the aquarium.

AviaPark’s main attraction that differs it from other malls is its tubular-like, four-story aquarium filled with subtropical fish. The aquarium stands in the center of the mall. Like other malls, it also has an ice skating rink, which occupies part of the fourth floor. It also has a 17-screen movie theater and will offer weekly ‘master classes.’

The anchor tenants include the French general retail chain Auchan and the German electronics chain Media Markt. Starbucks has a few locations in the mall, but none were open today. In fact, only three food spots were open today, including a coffee chain that couldn’t serve coffee for technical reasons. That led to long food lines.

AviaPark is located near the center of Moscow, about two metro stops from the circle line that designates the city center. The area around the mall is under intensive construction with about 10 cranes visible. New homes are going up alongside the mall as is a park, museum, stadium and, most importantly, a new metro station.

The housing and metro completion – due in 2016 – will bring more visitors to the mall in the future, boosting its rental rates and earnings. However, the current unexpected economic slowdown and possible recession means investors expected returns will likely be lower than anticipated.

AviaPark joins the growing list of Moscow objects that come under the rubric of ‘Europe’s Biggest, Longest, Tallest’ etc and thus could become a tourist attraction … at the very least on a rainy or cold day when one wants to be indoors. 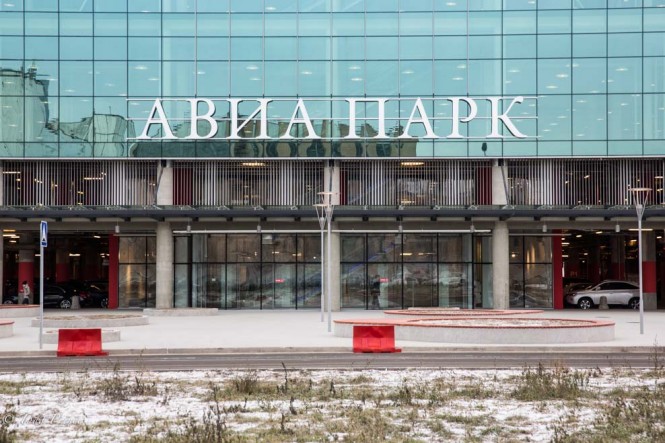 One of the entrances to AviaPark 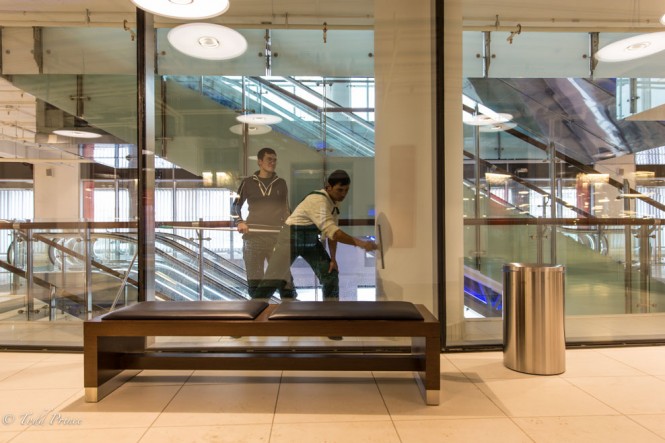 A worker putting the last touches on the windows ahead of the official opening. 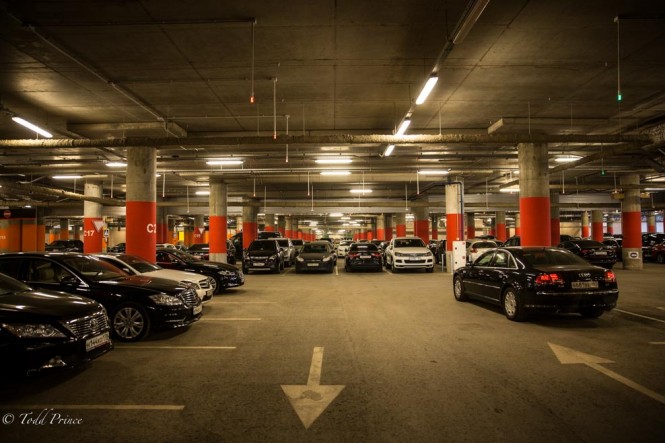 AviaPark has a very large parking lot to accommodate visitors. 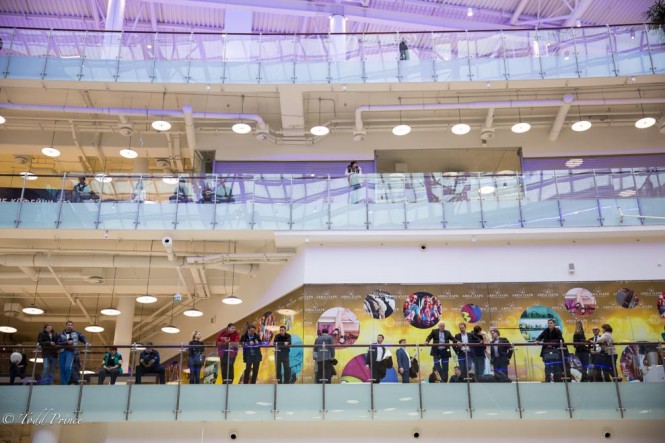 AviaPark has four floors. This photo shows the second, third and fourth. 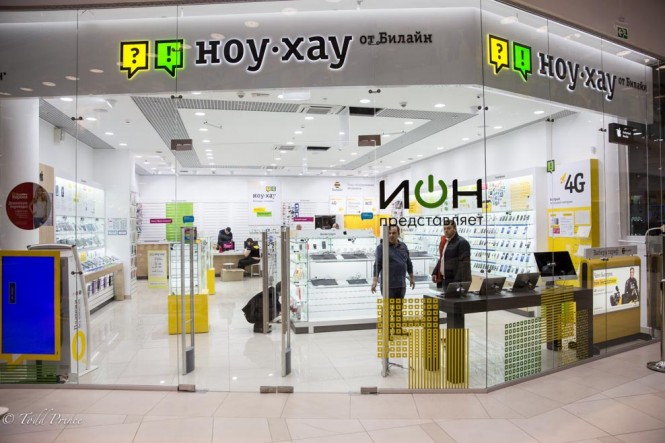 An electronics store preparing for the official opening. 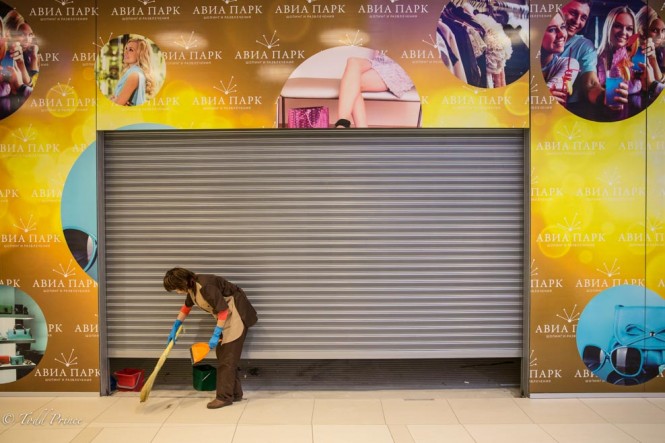 A woman cleaning in front of a store that is still a few days or weeks away from opening.

The sign says that Starbucks will be opening soon. I saw about four Starbucks stands at the mall. 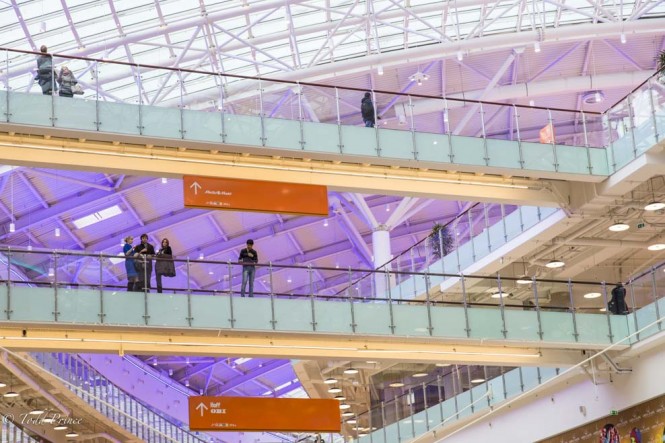 A few invited guests watching the opening ceremony that was closed to the public. 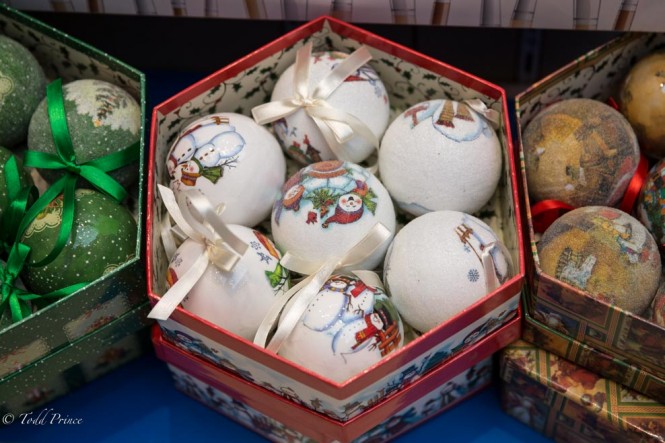 Christmas decorations on sale at the mall. 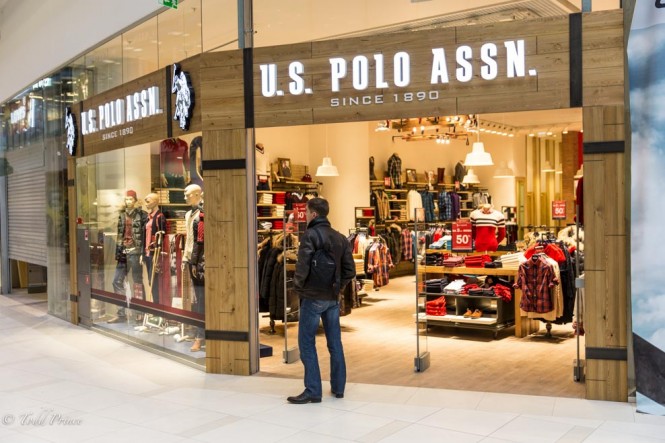 One of the 150 stores that did open today.

Workers fixing up the men’s wear store two hours before the public was let in. 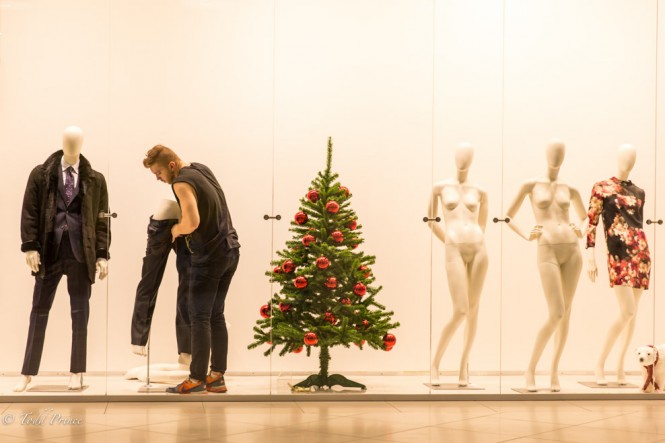 A clothing store worker putting jeans on a mannequin. 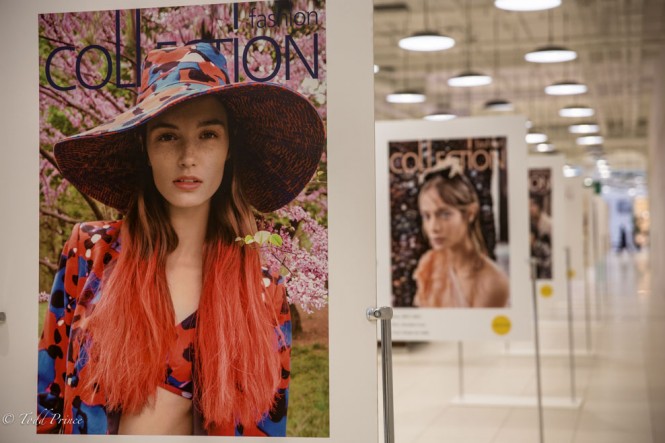 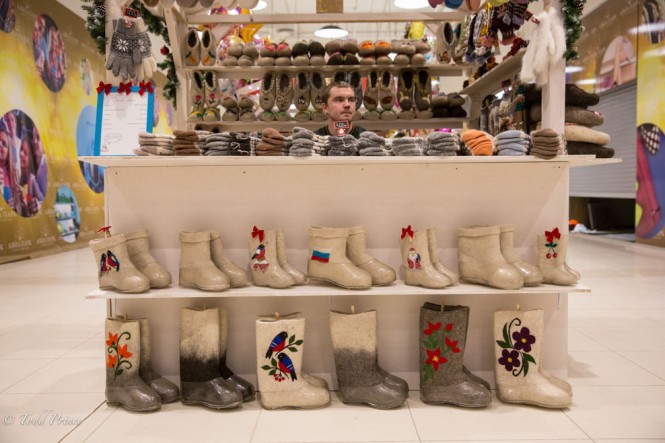 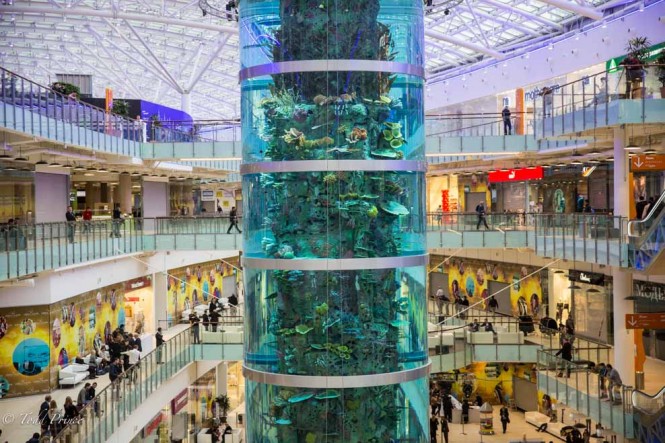 The aquarium is four stories high. 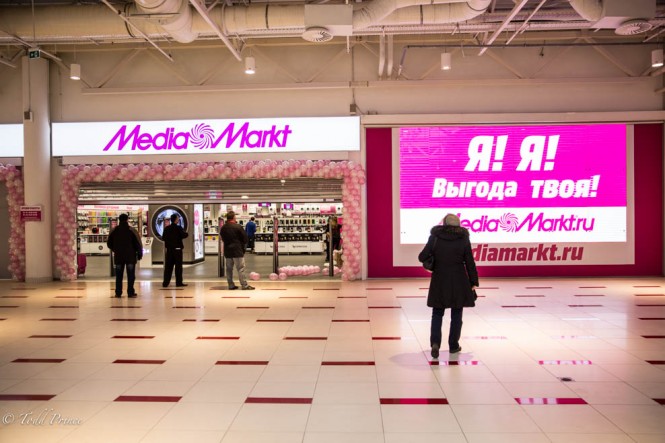 Media Markt is one of the anchor tenants at AviaPark. 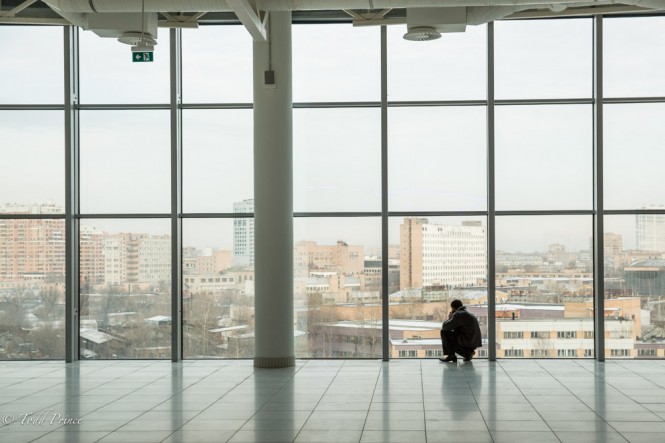 A man looking out the fourth-floor window onto the city. 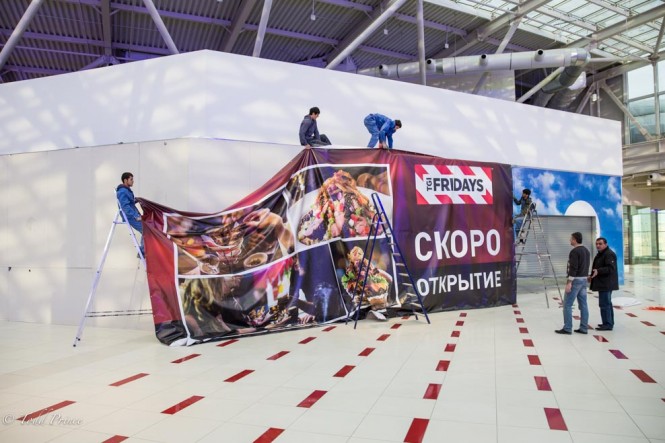 TGI Friday’s will be opening soon in the mall. 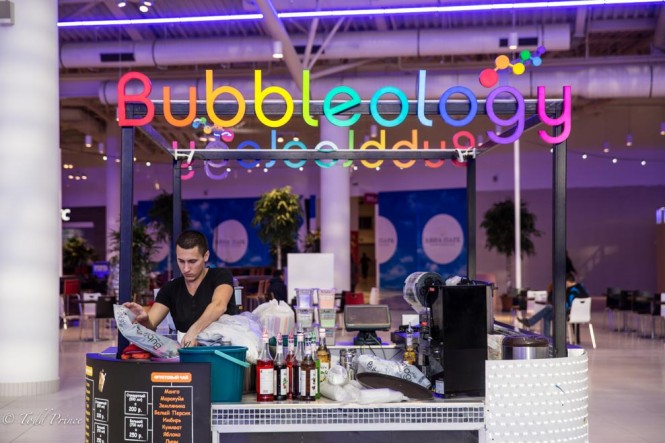 The food court is located on the fourth-floor.

These young girls sung at the opening ceremony and were hanging around for the food court to open. 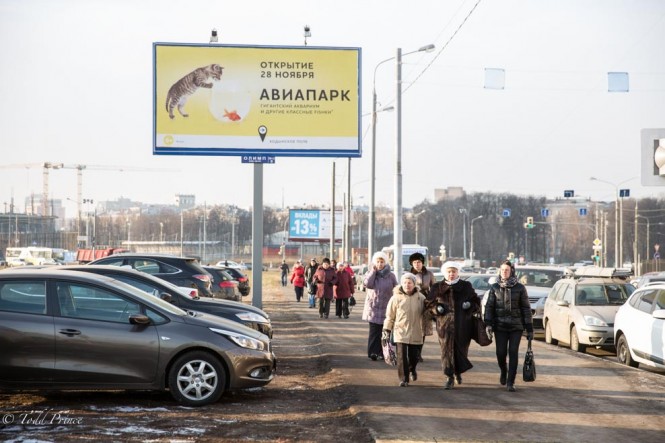 Babushki on their way to the mall. 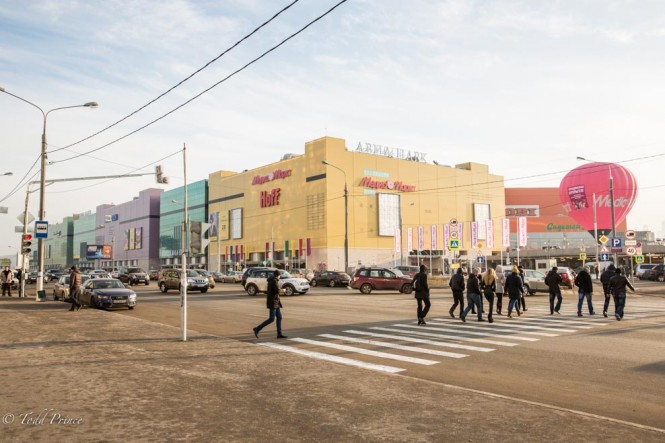 People crossing the street in the direction of the mall. 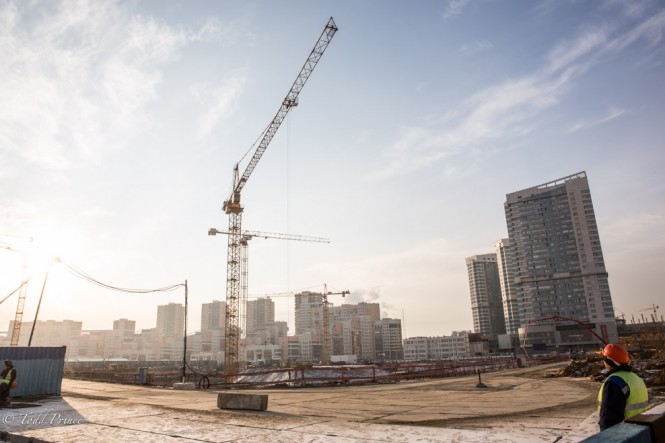 Work has begun on a housing project next to the mall.

People walking past the housing project toward the mall.

A stream of people heading toward the mall slightly after the official opening. 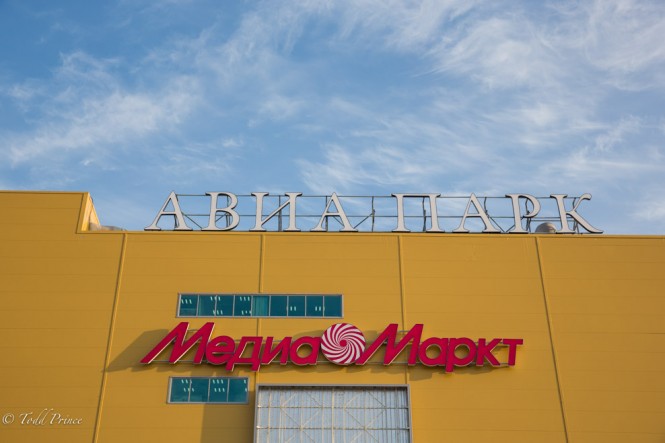 The northern side of the mall.

Another parking lot area next to the mall. 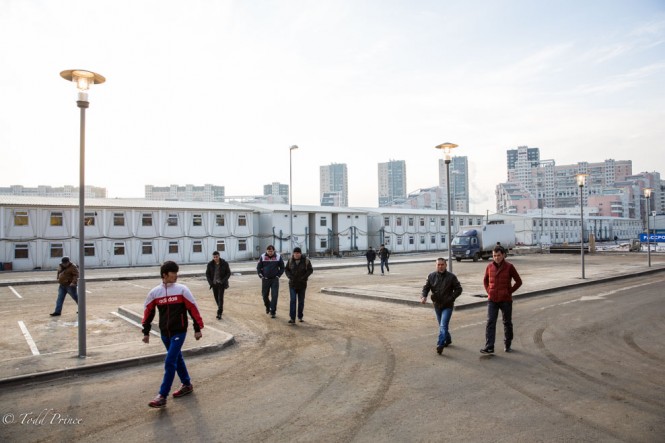 Migrant workers living in the quarters in the background are headed to the mall for the opening. 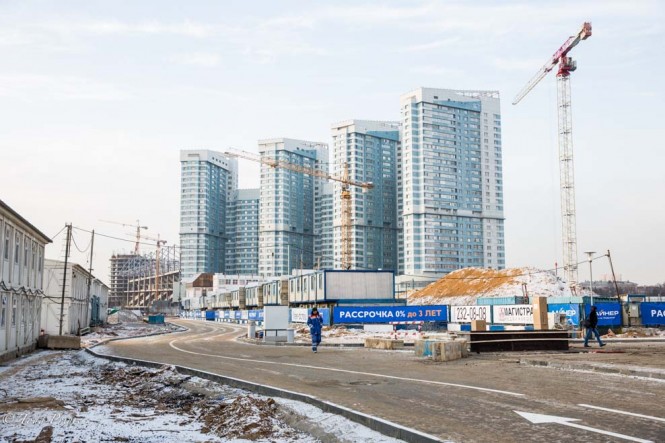 Another view of the housing project underway behind the mall. 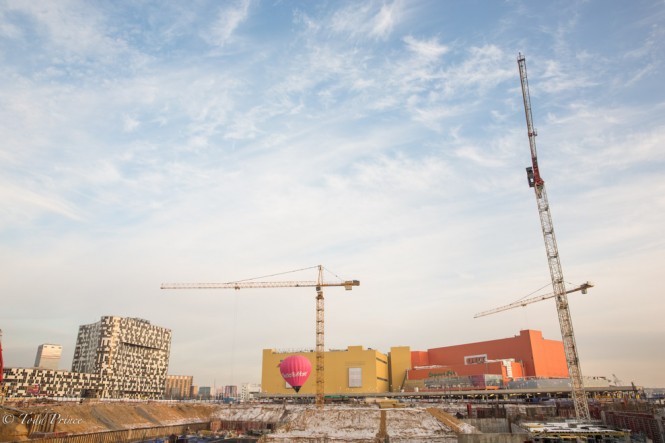 A view of the housing project in the foreground and the mall in the background. 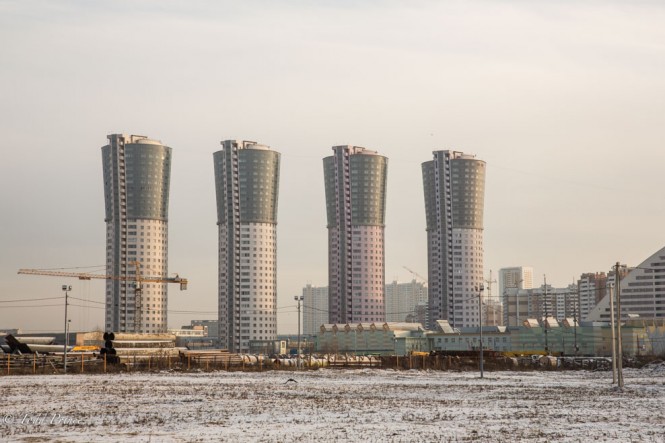 This completed housing development is a short walk from the mall. The crane at the left is for the metro construction. 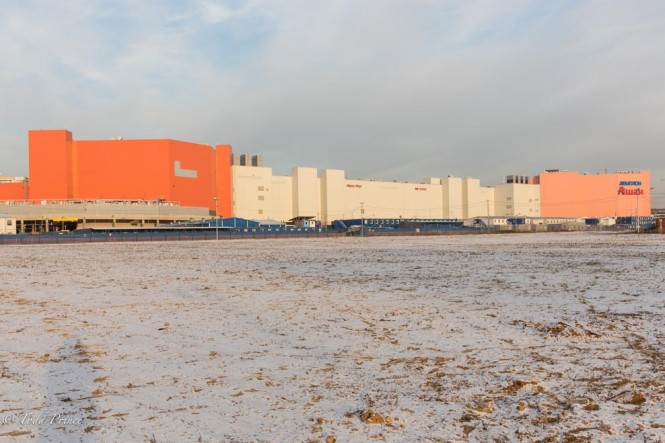 A view of the mall from the back side looking east. The foreground may be used for a new park.