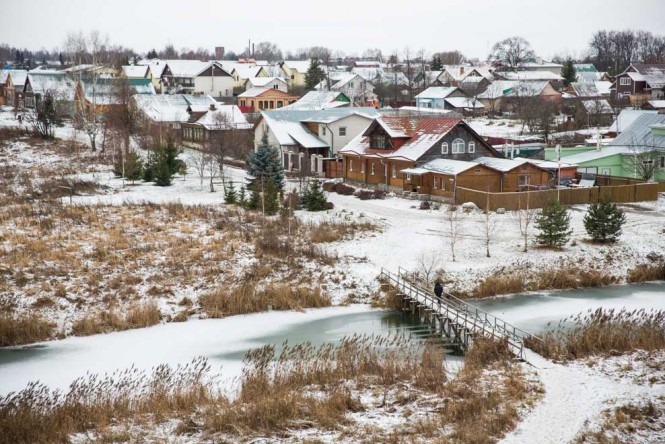 Looking down from the Spaso-Evfimiev Monastery onto the Kamenka River.

As you climb down from Suzdal’s 14th century Spaso-Evfimiev Monastery and cross the Kamenka River via a narrow, wooden foot bridge below, you come onto a street lined with beautiful one- and two-story homes that face the white Convent of the Intercession.

The two-story wooden homes are relatively new and smack of well-to-do owners. Some are still being constructed. They are designed with a traditional Russian style in mind to adhere to the local architectural ensemble, but with modern flare.

Many of these new homes are guest houses and they reflect Suzdal’s leading position among Russia’s so-called ‘Golden Ring’ historical towns as a place to invest, visit and live. 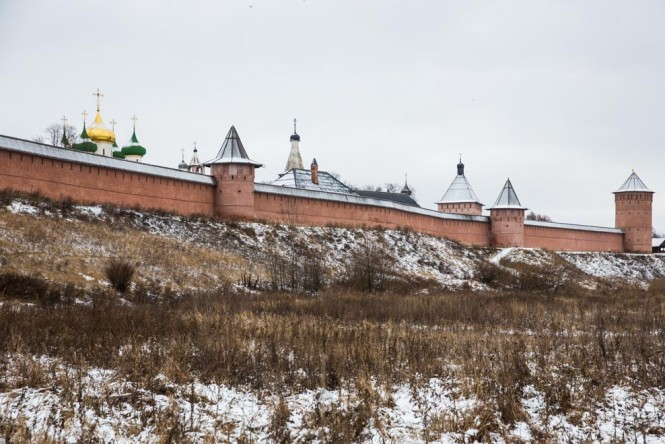 Suzdal, which was founded nearly 1,000 years ago, is probably the best preserved of the Golden Ring towns that surround Moscow, boasting dozens of churches, several monasteries and a massive kremlin.

A road sign in the center of town indicates that the historical Bavarian town of Rothenburg on der Tauber is 2,600 kilometers away, an indirect boast that Suzdal is the Russian equivalent of Rothenburg.

With its outstanding historical architectural heritage, slopping hills and river, Muscovites have been scooping up land in picturesque Suzdal for the past 15 years to build their weekend dachas or guest homes. 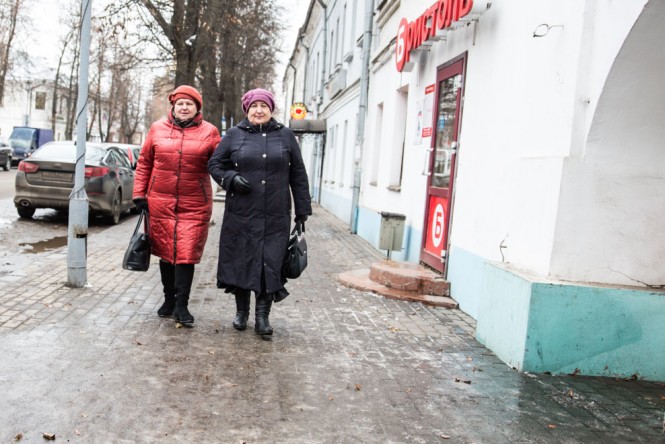 Pensioners walking down a tree-lined street in Suzdal.

The town lies less than 200 kilometers from Moscow, but is not reachable by train, a fact that has enabled it to avoid modernization.

As you stroll through the tree-lined streets of Suzdal, you see many refurbished or recently built wooden homes to your left and right, all no more than two-stories as limited by local law.

Unlike in other Golden Ring towns such as Vladimir and Plyos, there are few old, wooden homes in Suzdal in poor condition these days. For sure, the steady stream of tourists gives many of the local homeowners additional sources of revenue to maintain their property. 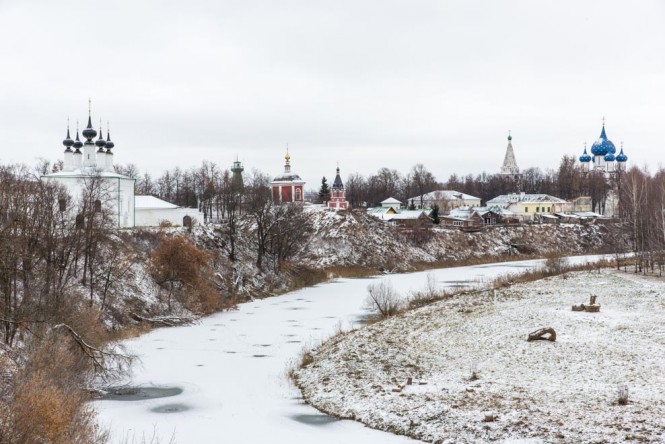 Chuch towers rising above the trees along the Kamenka River.

On a cold, late autumn day, some local pensioners are ice fishing on the Kamenka River while others stand near the main square selling pickles, home-made jam or medovukha, a honey-based alcoholic drink.

Periodically, a Russian grandmother, or babushka as they are affectionately known, will come to the main square to feed the dozens of pigeons as a way to kill time. In the off-season, traffic is light in this town of 10,000. 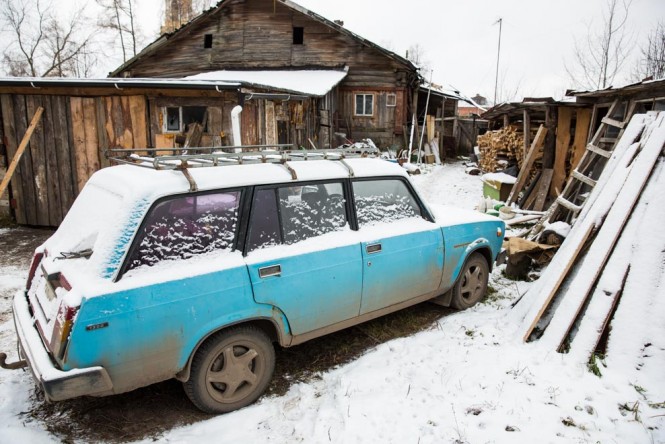 Though in relatively good condition, Suzdal did suffer during the Soviet period. Dozens of churches were demolished while many historical buildings were not maintained.

During the 1960s, the government sought to preserve the town’s historical legacy and undertook work, but the economic turmoil of the 1980s and 1990s halted work.

The Rizopolozhensky Monastery best reflects the Soviet neglect and lack of financial resources. The Sretenskaya Church inside the monastery grounds has a severely damaged interior and exterior while the monastery walls are partially damaged.

The territory is home to a gymnasium for school children. According to a sign on the monastery territory, locals are trying to restore the premises. 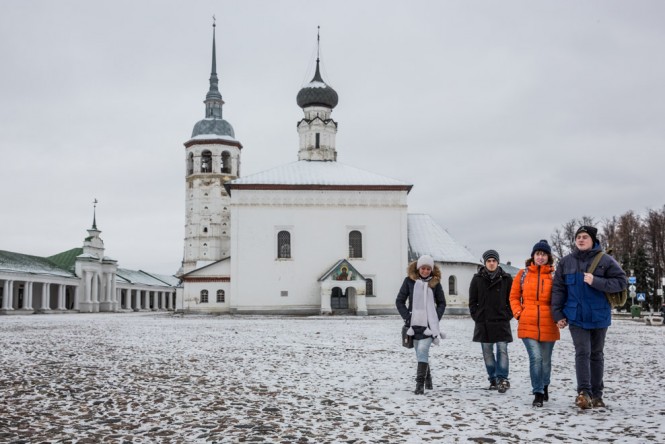 If you’re are in Moscow and want to get away for a pleasant weekend without having to fly to Europe, Suzdal is a good choice. An express train from Kursky Train Station can get you to Vladimir in one hour and 40 minutes for about $15. From there, you can take a 20 minute cab to Suzdal for $10.

For those that want to stay the night, accommodation is plenty and room prices clearly range depending on quality from $30 at Victoria Guest House to $100 at Tatiana Guest House during the peak summer season. If you are a large group, an entire home can be rented as well.