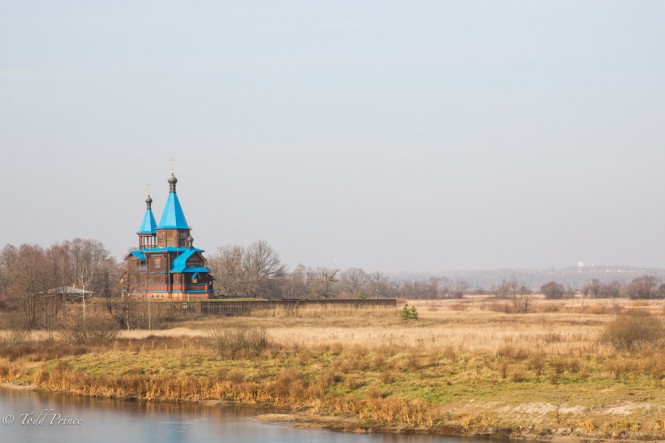 Having lived in Moscow many years and seen most of the city’s attractions, I wanted to find something ‘different’ to do over a long holiday weekend.

A few weeks back, I spent a long-weekend in upstate New York checking out local produce and decided to do a Google search on Russian agro tourism.

Two of the most ‘under-developed’ sectors in Russia from the prospective of their potential are agriculture and tourism. Russia, which has some of the best and largest farm land in the world, imports about $40 billion of food a year and it isn’t all kiwis and bananas, things that Russia will never produce.

As for tourism, the official statistics are often debated for their accuracy. The Russian Statistics Agency puts the number of real tourists to Russia at around 3mln/year. Even if we assume that number just represents Moscow, it would still be just a quarter of the number of foreign tourists to NYC.

Considering the above two facts, I wasn’t sure I would find much in my ‘Russia agro-tourism’ search. However, a small list appeared and I chose the one that had the best combination of proximity to Moscow and cost.

It was a village B&B-styled place called Bogdarnya (God’s Gift in English) 120 kilometers from Moscow in Vladimir region run by an Englishman John Kopiski and his Russian wife Nina. Kopiski has been living in Russia for some 20 years and doesn’t want his B&B to be viewed as some sort of English getaway. 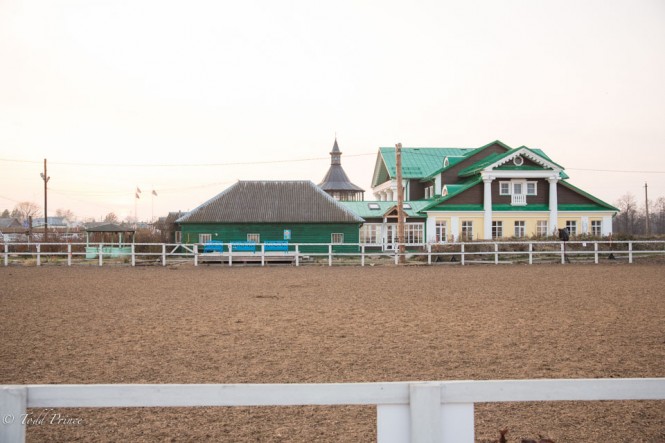 Kopiski’s B&B in the background with the horse-riding facilities in the foreground.

Built on a defunct Soviet-era collective farm dating back to 1928, Bogdarnya has plenty to offer a family with children for a day, from horseback riding (or a ride on a Russian Troika), to a ‘farm zoo’ consisting of hogs, rabbits, cows and hens, to a children’s play area and more depending on the season.

One of the collective-farm barns has been converted to a banquet hall capable of holding large parties while the others have been turned into horse stables.

There are about 40 horses of various breeds owned by Kopiski, while their stables also hold a few dozen for Moscovite owners who come out on the weekend to ride. 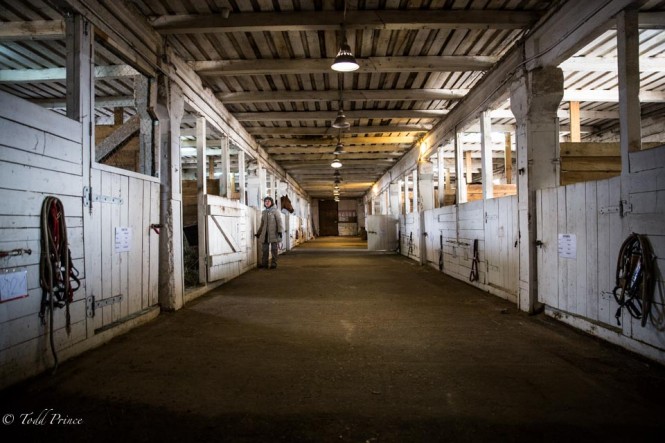 Inside one of the refurbished horse stables.

Kopiski also runs a dairy and beef farm that had until recently supplied milk to Pepsi for its dairy products. Kopiski has roughly 3,600 cows, about which 1,600 are for milking. He has a certified slaughter house at the farm.

That farm is located about 4o kilometers by car from the Bogdarnya B&B and does not, unfortunately, offer tours. However, Kopiski does produce cheese at Bogdarnya B&B with milk from his farm and offers a ‘master class’ in cheese production as well as in steak preparation.

Kopiski produces about 40 tons of milk a day and makes 120kg of cheese by hand. The cheese come in various sorts and can be purchased at the B&B along with fresh milk and kefir.

I bought two cheese sorts – Greek nut and sundried tomato. A kilogram costs 800 rubles ($17). A dairy lover, I found both the cheeses and kefir to be a high quality. The current ban on dairy products from Europe should only be helping Kopiski’s business.

My friend and I also tried Kopiski’s steak lunch with vegetables and red wine. We finished with coffee and tea for a total of 3,500 rubles ($75).

Combine with Trip to Vladimir City or Suzdal

Kopiski sells his cheese in Moscow through a local farm association. He hopes to produce cold cuts like roast beef from his cattle in the future.

The Bogdarnya premises include a beautiful wooden church financed by the Kopiski family. The village is quaint and gives some insight into village life in Russia. We met some charming youth playing amid some ruins a short walk from the Kopiski B&B.

I would recommend Bogdarnya for a one-day visit, especially if you enjoy eating cheese and learning how to make it. However, it may be better to label this Russian rural tourism rather than agro-tourism.

If you are looking to get away for the full weekend, then a visit to Bogdarnya would go well with a visit to Vladimir city or Suzdal, one of my favorite spots in Russia.

Booking or getting information about Bogdarnya is not as easy as I would expect and is my biggest complaint. The website bogdarnya.ru doesn’t offer detailed information while it’s hard to get through to someone on the phone numbers listed on the site. 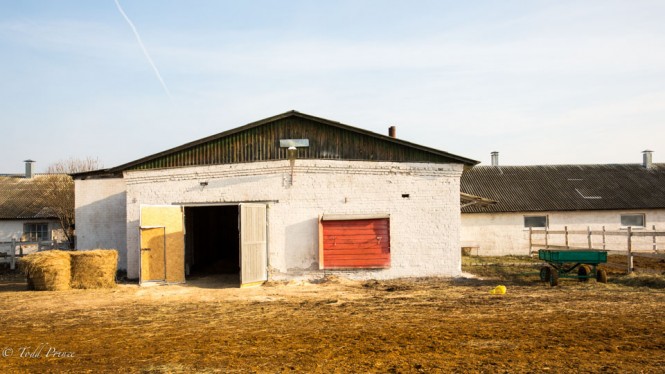 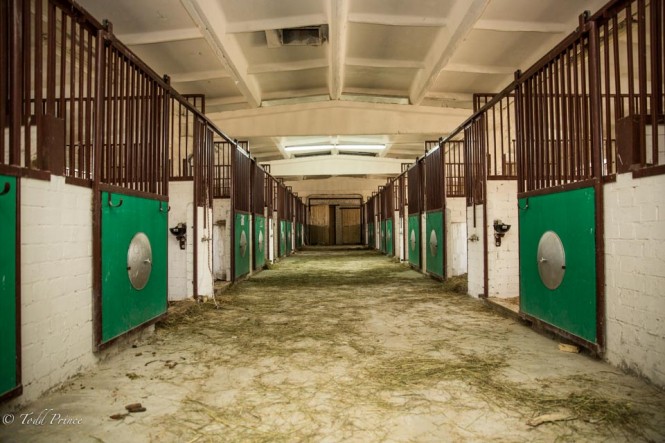 Kopiski rents out stable space to Muscovites who don’t have their own space to keep their horses. 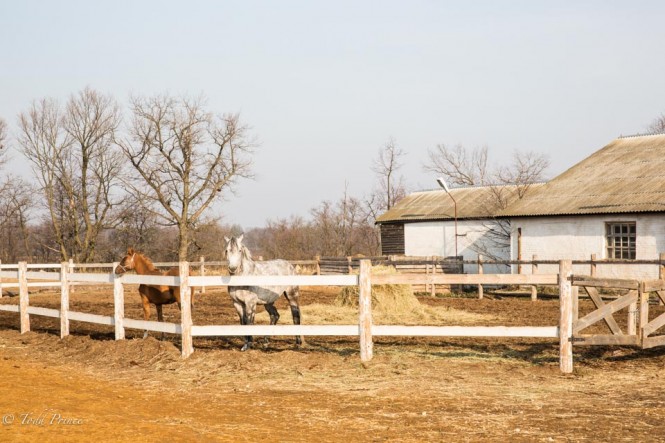 Two horses outside the refurbished stable. 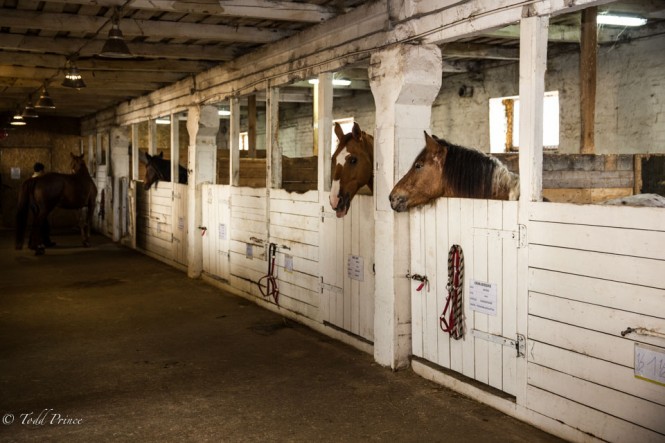 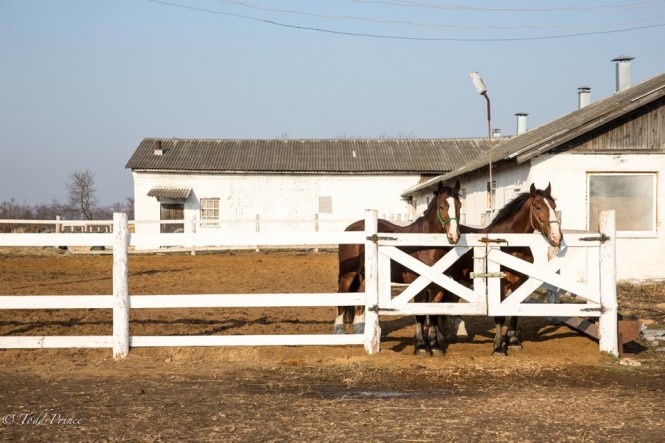 Tourists can practice horse riding on Kopiski’s grounds or outside. 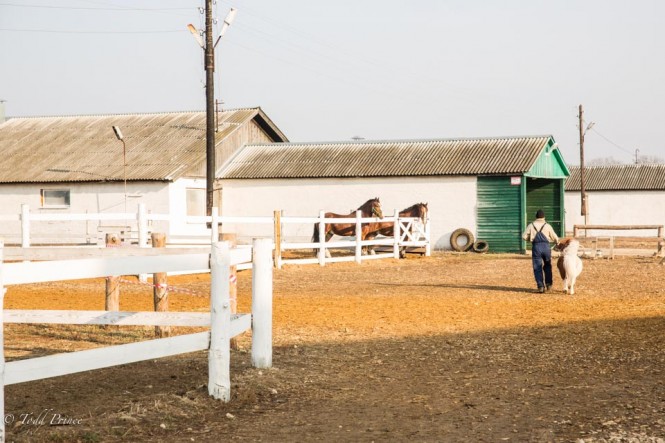 A young horse being led back to the stable. 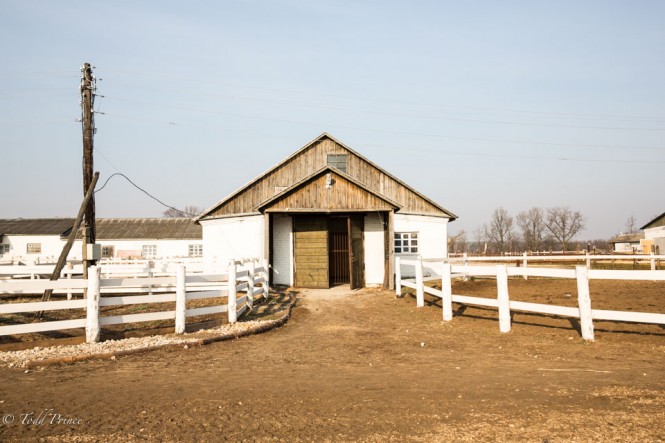 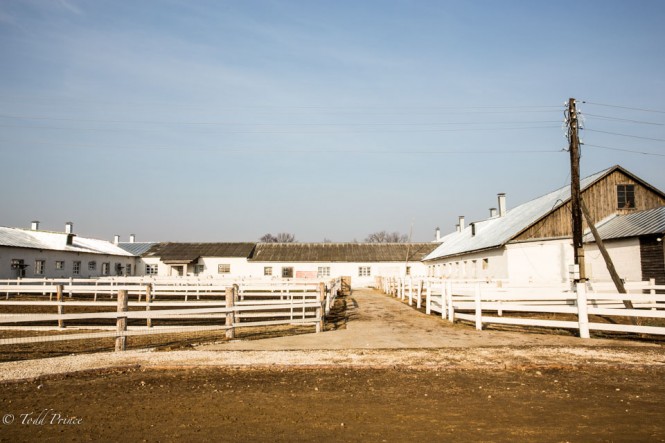 A wide-angle view of Kopiski’s grounds. 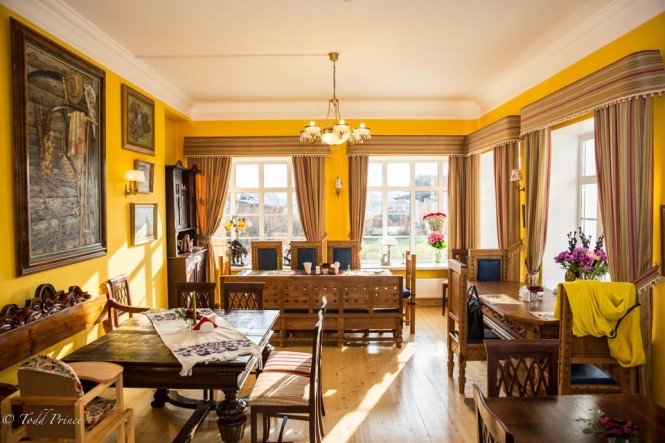 The dining area at Kopiski’s B&B. 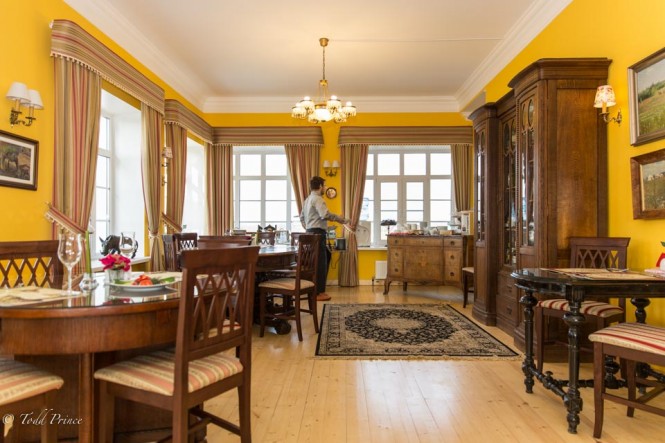 Kopeks offers beef from his own cattle. 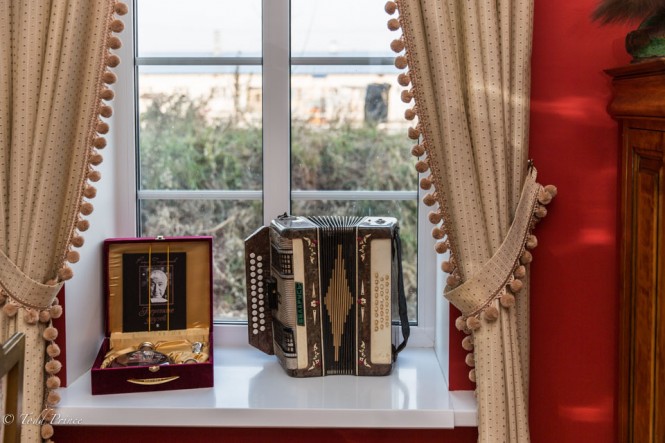 The Kopiski home is creatively decorated with elements of Russian culture. 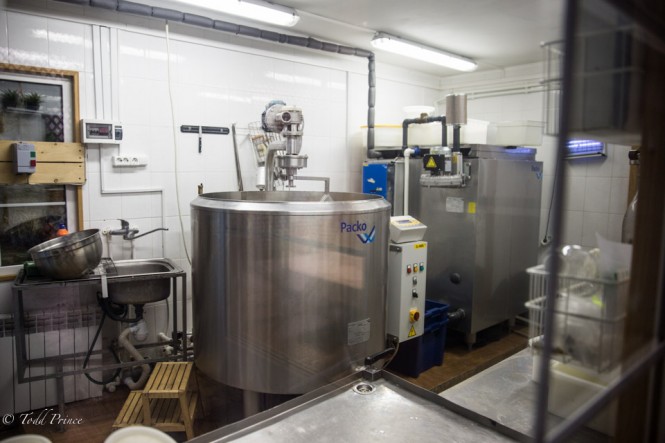 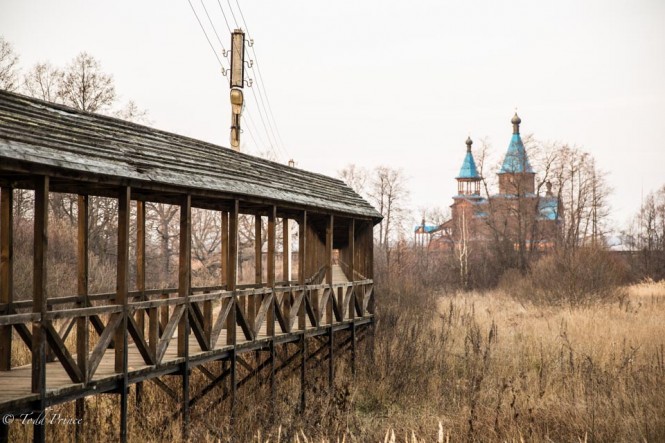 The church behind Kopiski’s B&B.

A close-up of the Russian orthodox church through the fence. 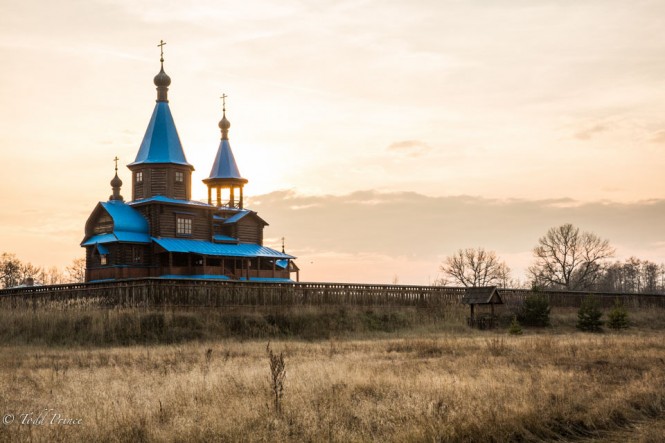 The church behind Kopiski’s B&B as seen at sunset. 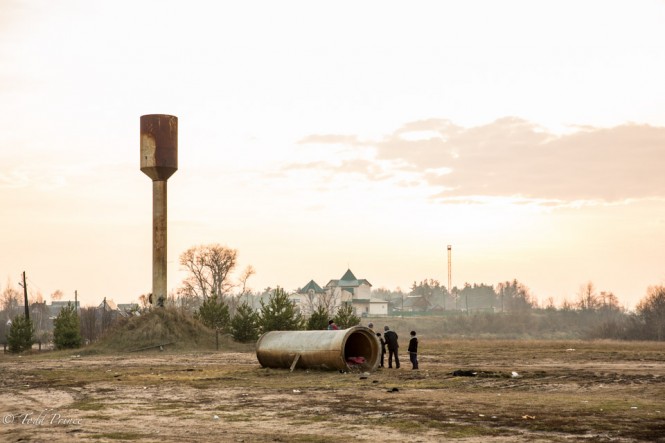 There is real village life beyond the Kopiski B&B grounds. 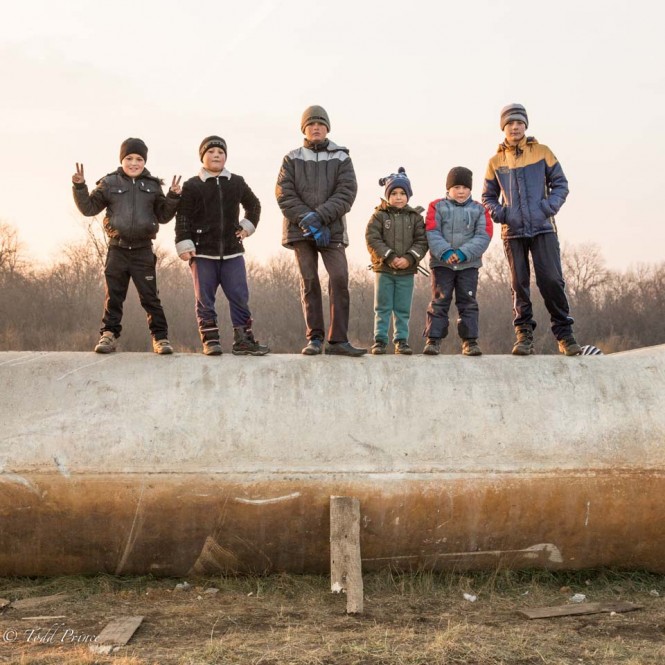 The neighborhood children are quite friendly and outgoing. 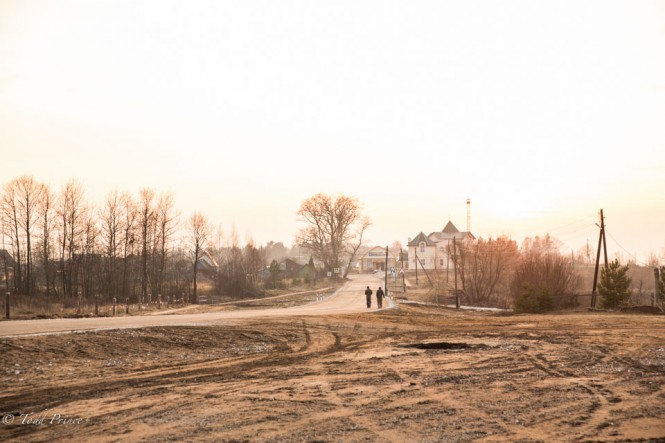 Villagers on their way home as the sun sets. 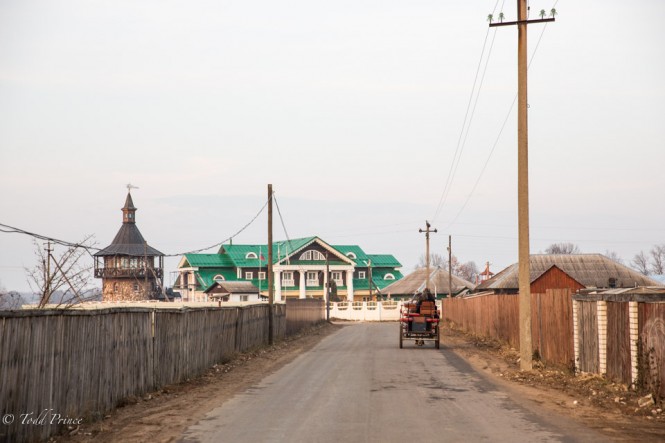 A horse and buggy heading down the village road toward Kopiski’s green B&B in the background. 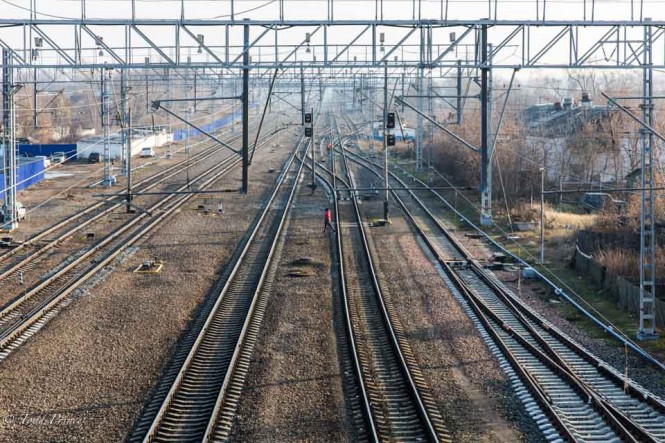 The Petushki train stop. Kopiski’s B&B is a 10 minute taxi ride from the station.