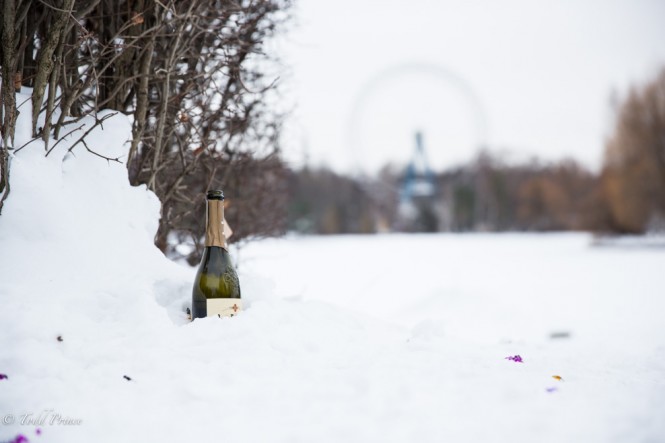 Unlike in the US and Europe, New Year’s is Russia’s main winter holiday with plenty of gift giving, food and decorated trees. Many Russians take off on Dec. 31, which in any case is often a half-day at many companies and government institutions.

New Year’s is a family holiday, so many spend it at home in front of tables overflowing with food, including mandarins, a traditional holiday fruit. My local supermarket was out of cucumbers and only had a few tomatoes and mandarins left when I showed up in the evening to the packed store.

Many Russians will watch holiday movie classics during the day such as the 1970s comedy ‘The Irony of Fate,’ which state TV airs on both Dec. 31 and Jan. 1. Many also watch a yearly music program in which Russian stars perform. 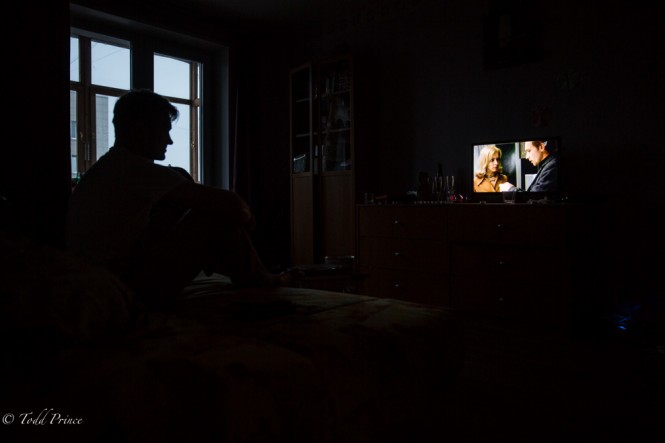 Those Muscovites that get to bed early after the New Year’s celebration will visit the city’s main parks on Jan. 1 to ice skate, walk or ski cross country style. Over the past few years, Moscow has organized a New Year’s market at many of the parks where one can buy souvenirs or try pastries and coffee.

The photographs below are just a very small window into the New Year’s atmosphere in Moscow.

I have recently posted some photographs of the holiday lights and markets around Moscow that you can see here. It gives a bit more of the feel around Moscow at this time of year. 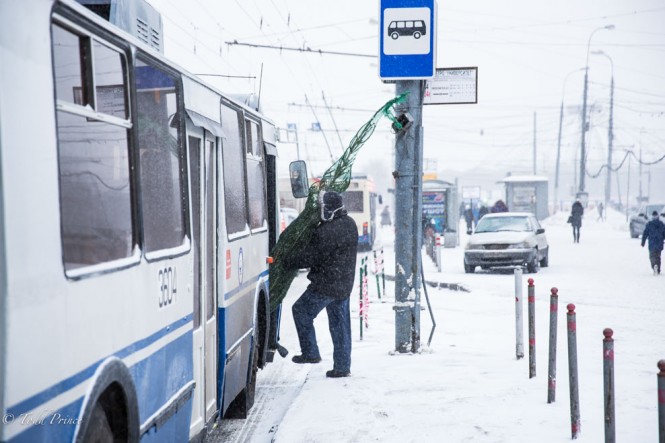 A Russian boarding a bus after buying the New Year’s tree at an outside market. 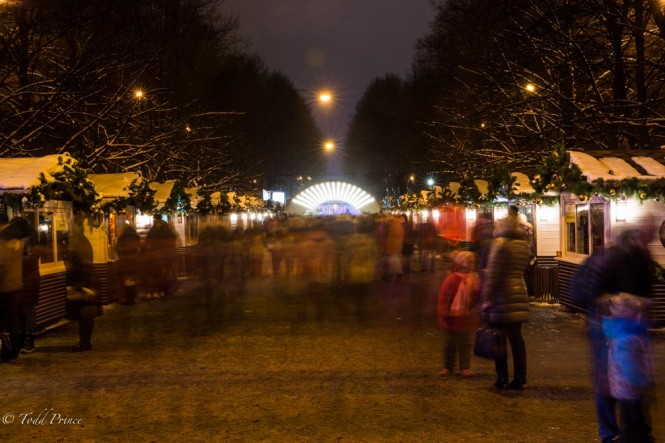 Parks are a popular destination on weekends and holidays in Moscow 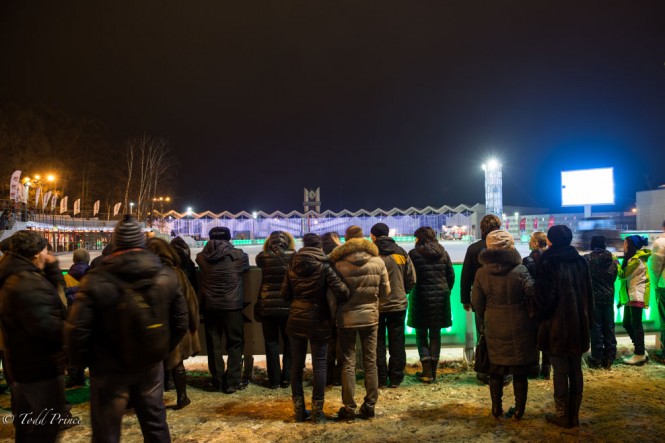 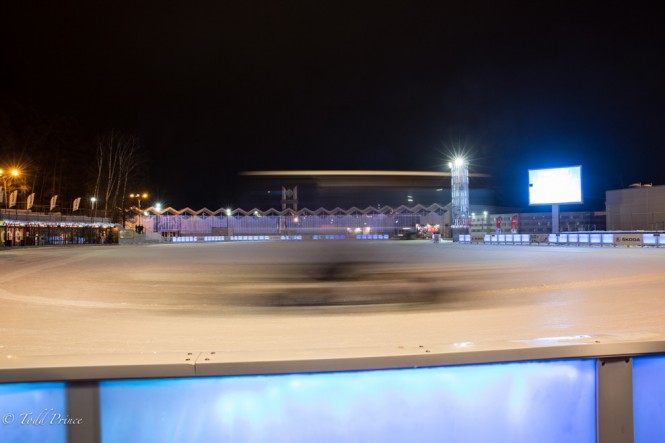 A truck passes by as it cleans the ice rink at Sokolniki Park. 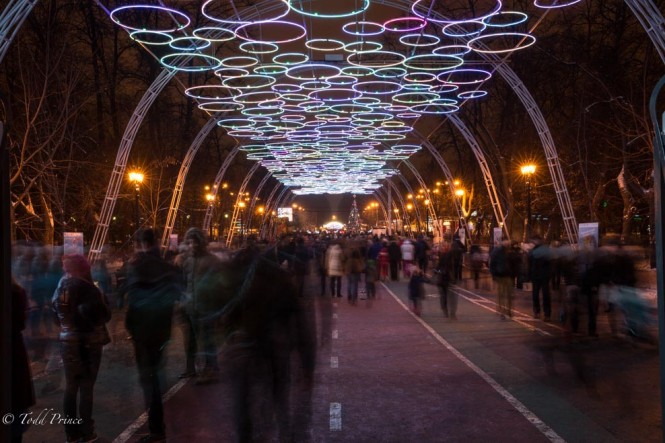 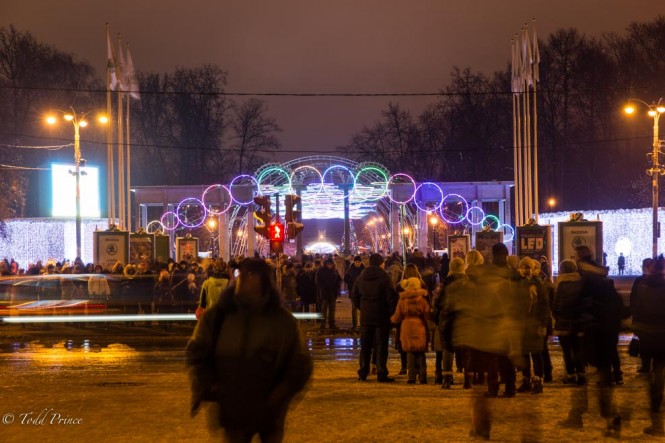 Russians heading toward the entrance to Sokolniki Park, which is decorated in various lights. 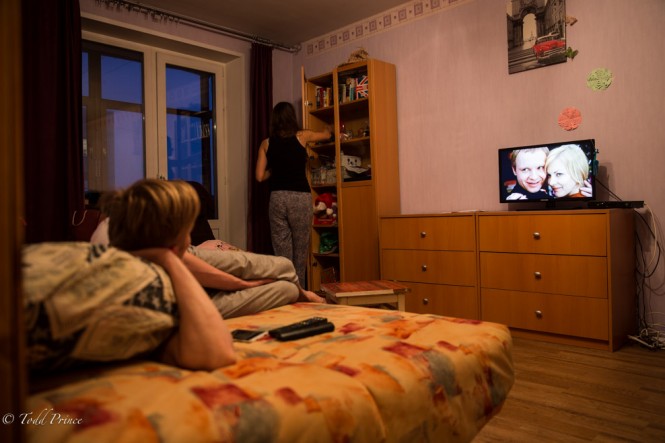 Ivan watching the Russian New Year’s classic ‘The Irony of Fate’ for the second time in less than 24 hours. 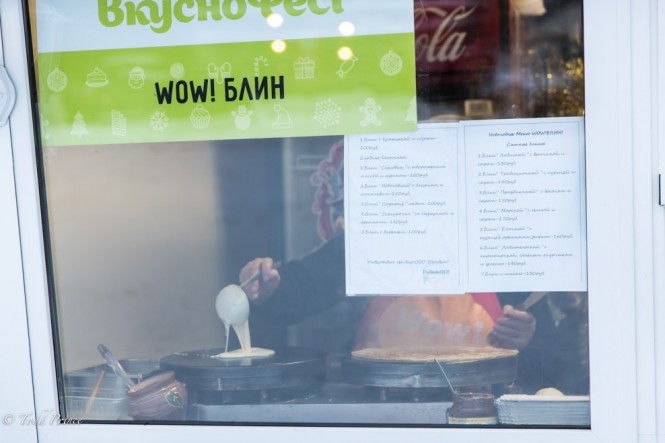 A Russian woman making pancakes at a kiosk in Izmailovsky Park in Moscow on New Year’s day. 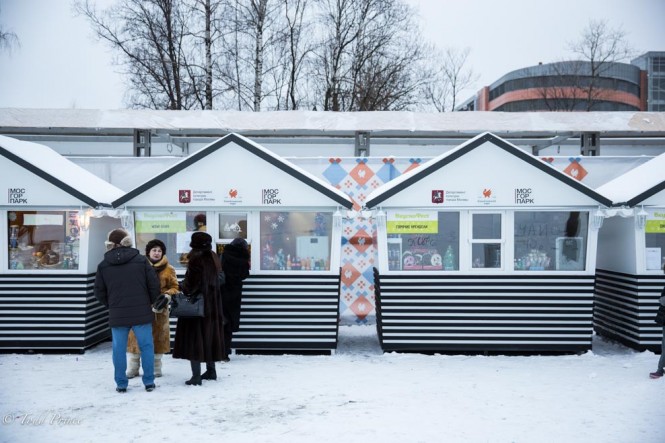 Russians standing on line at a kiosk in Izmailovsky Park for pancakes on New Year’s Day. 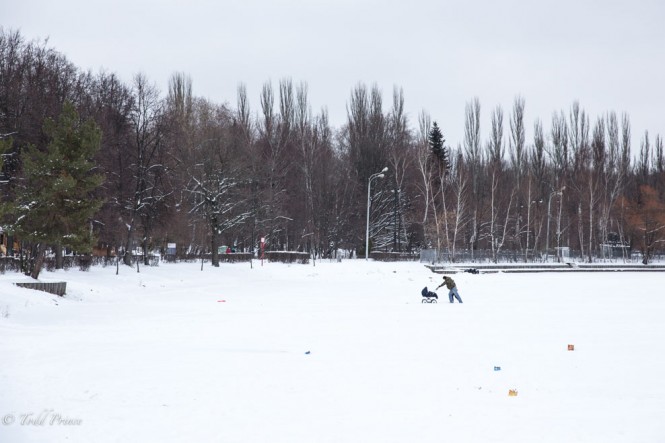 A Russian man pushing a baby carriage through the snow at Izmailovsky Park on New Year’s Day as evidence of fireworks lie on top of the snow. 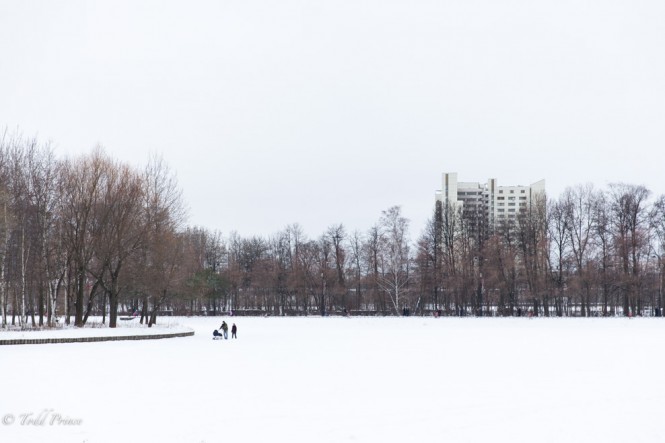 While there were plenty of families with children at Izmailovsky Park, only this man ventured out onto the pond with his wife and child. 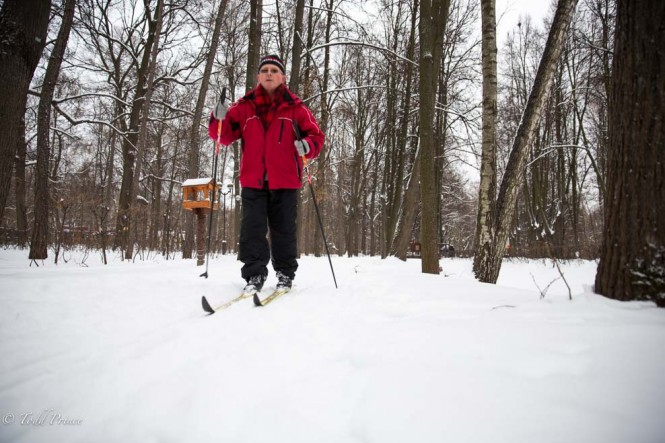 A man cross country skiing through a park on New Year’s Day. 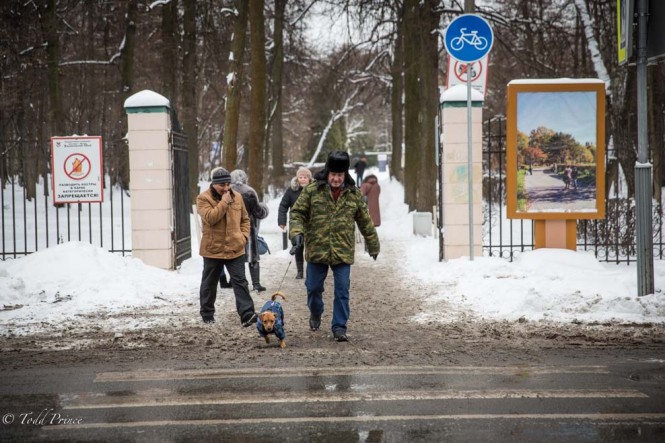 A man leaving Izmailovsky Park with his dog on New Year’s day. 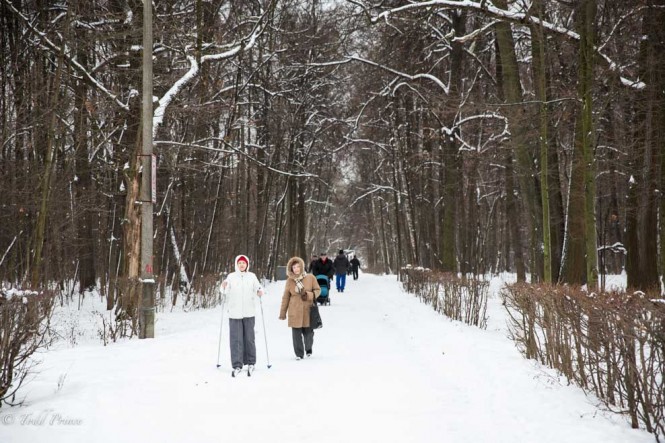 Some Russians go to parks on holidays and weekends to walk, others to ski. 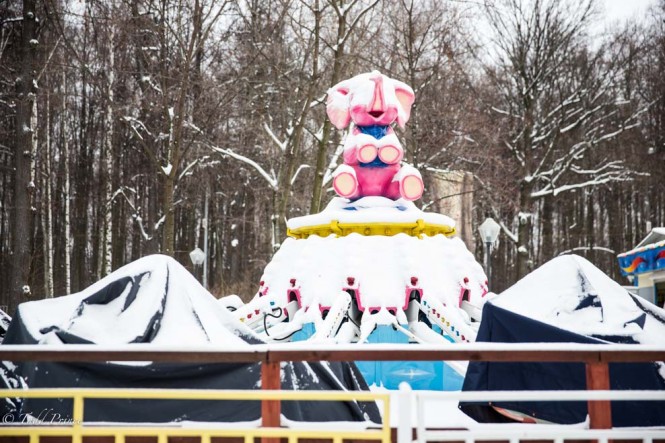 A summer ride covered in snow at Izmailovsky Park. 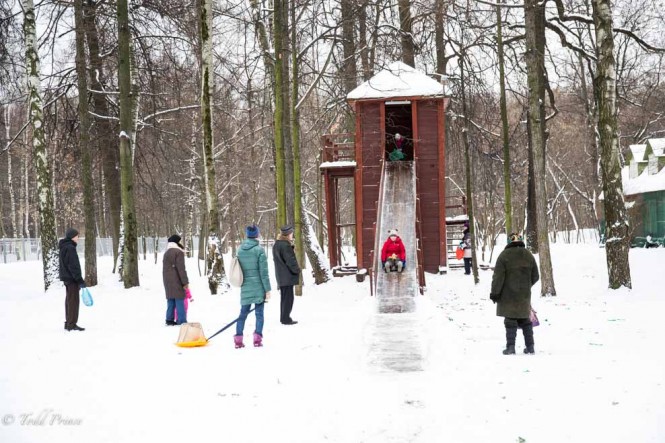 Parents and grandparents watching as children slide into the snow at Izmailovsky Park. 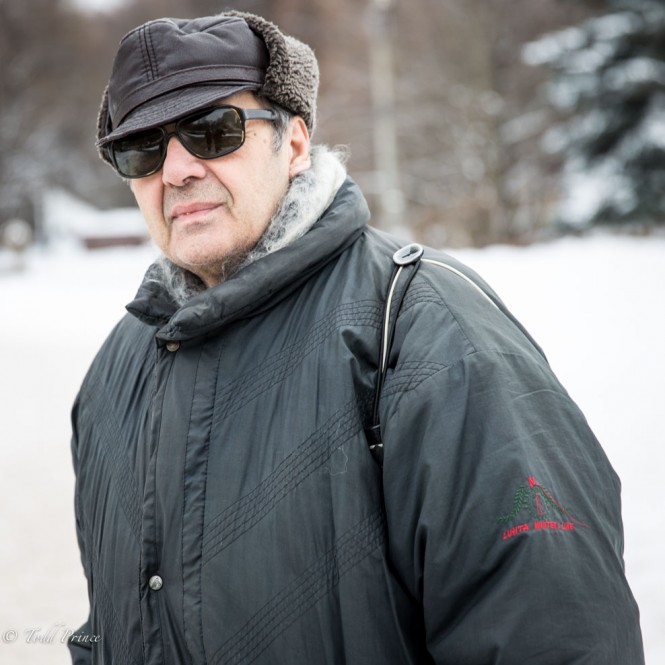 Stanislav, 77 and partially blind, was on his way to a park to play the accordion for the crowds. 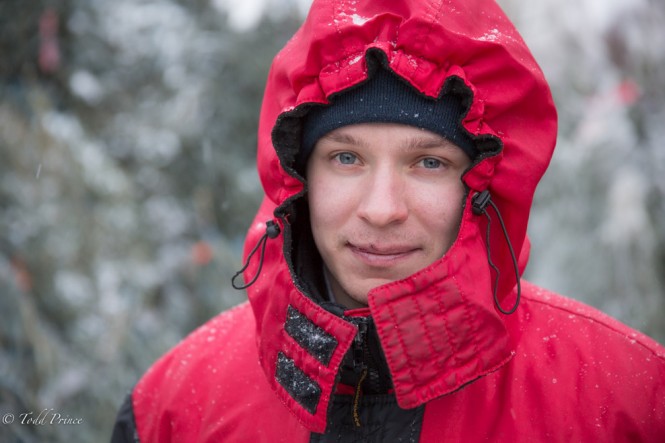 Roman was earning extra money by selling New Year’s trees. He said his main job is content advertising on the Internet. 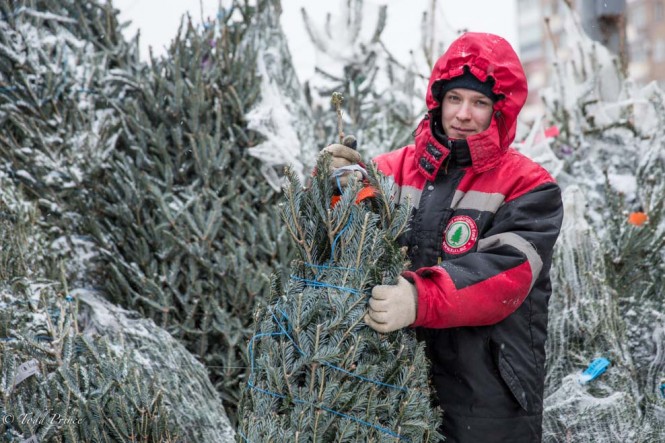 Roman showing some of the North Carolina trees he was selling on New Year’s eve. 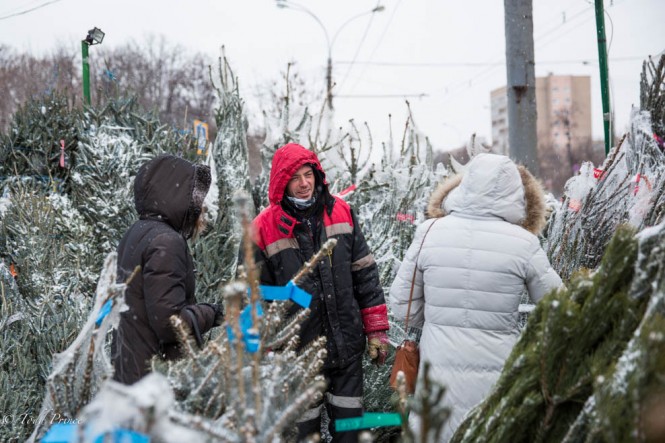 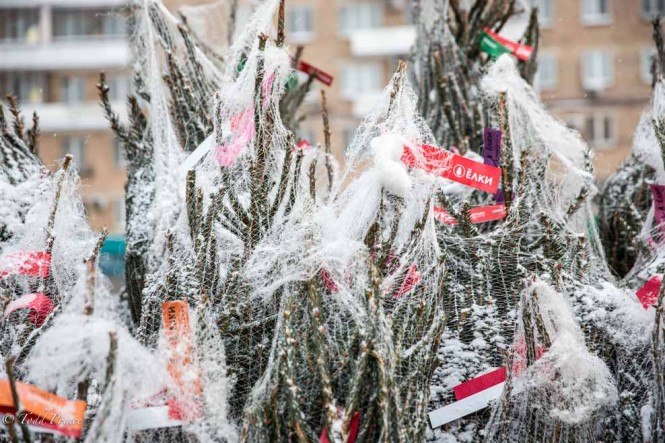 A close up of the New Year’s trees on sale in Moscow. 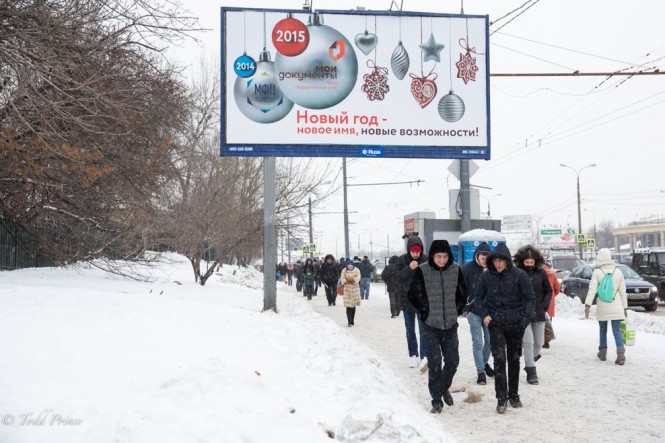 Russians walking toward a shopping mall on Dec. 31. 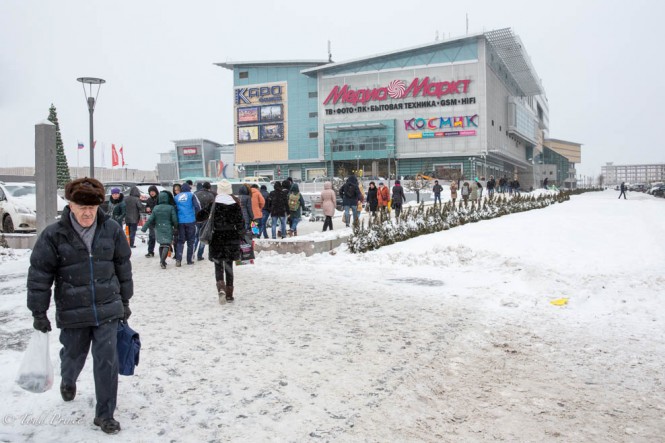 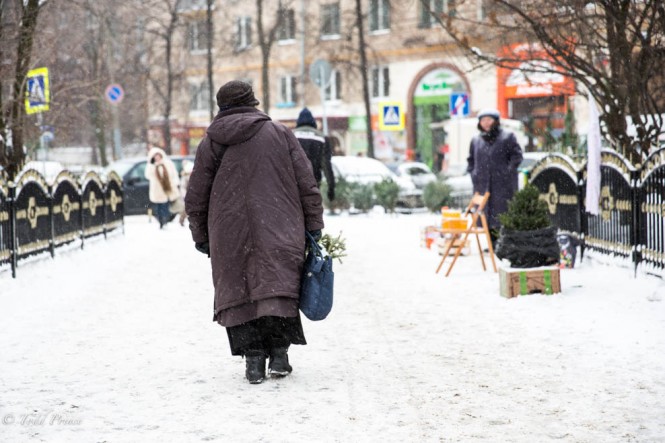 A Russian woman leaving an outdoor market with a small New Year’s tree in her bag. 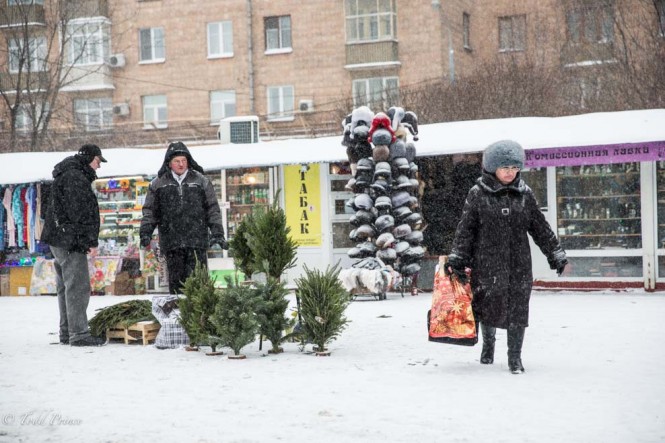 A Russian selling New Year’s trees at an outdoor market on Dec. 31 amid snowfall. 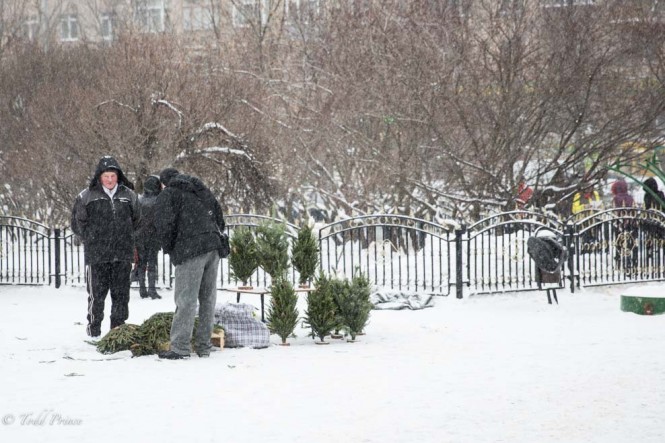 A man buying a small New Year’s tree at an outdoor market on Dec. 31. 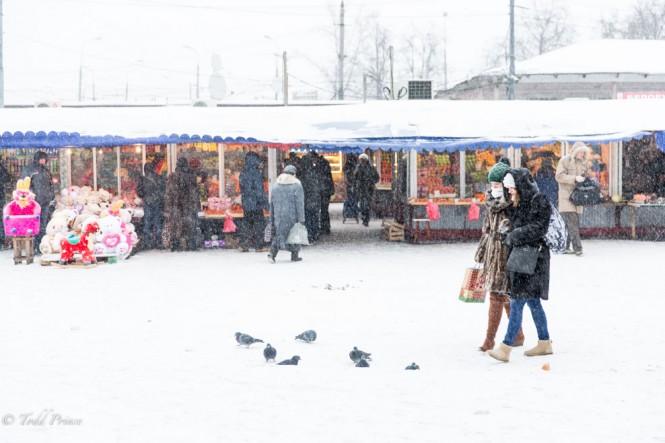 Two girls walking back from an outdoor market on New Year’s eve as others buy fresh food for the evening’s celebration.