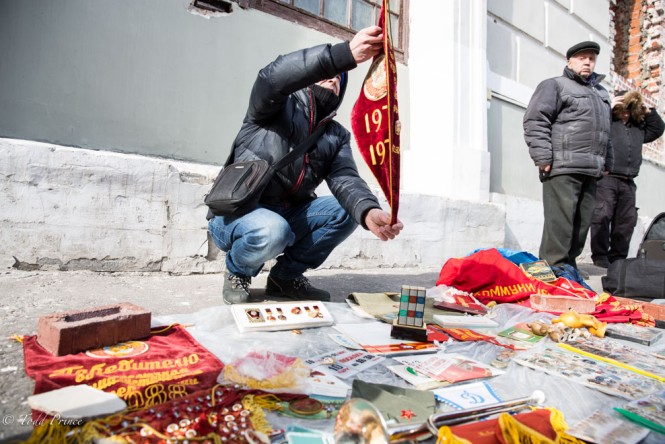 About a 150 came to the court yard at the Moscow Museum on a cold, windy Sunday to sell their old goods – stuffed dolls, clothing, Communist memorabilia, sunglasses and jewelry – to the several thousand visitors that braved the weather during the six hours of operation.

Many of the sellers were pensioners and a large portion of the goods on sale were disappointing due to their poor condition. Some of the sellers though were offering goods that they made, including jewelry, wood work and Russian felt boots. 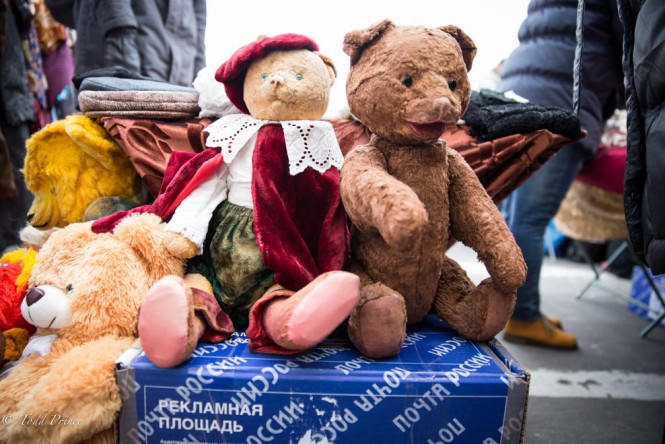 Items that caught my attention were a handgun from 1941, machine gun from 1944 and stuffed bears from the 1950s. The latter, supposedly rare, were being offered for $500.

A Soviet tricycle from the 1960s and a 1950s Soviet radio were also among the better items, but neither was for sale. Rather, they were brought to draw attention to a private museum run by collection enthusiasts.

A Soviet-era photo for sale at Moscow flea market. 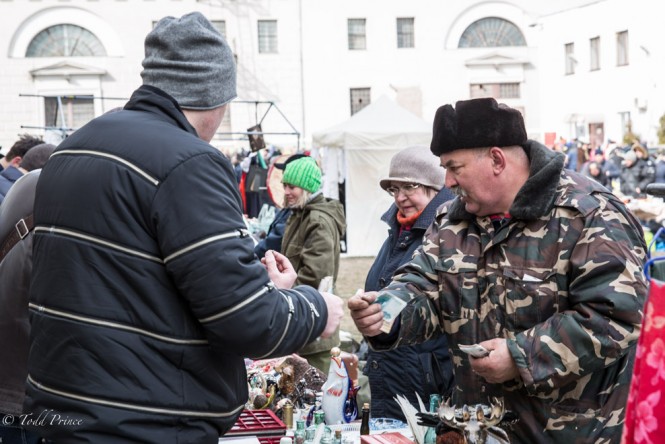 A seller cutting a deal. 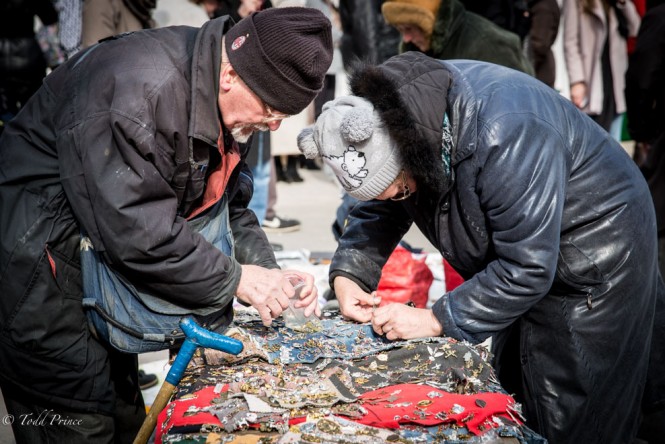 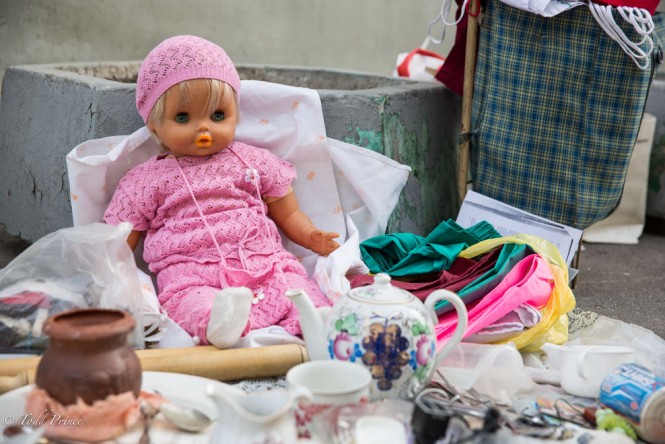 A plastic female doll with brightly colored lips on sale.

Good on sale at the flea market. 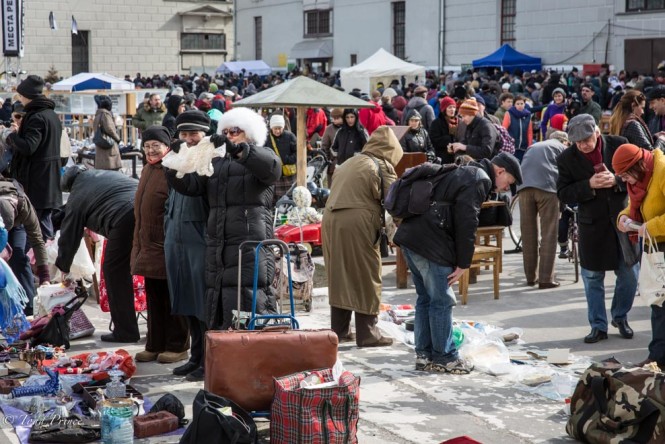 Many of the sellers were pensioners like the three women on the right. 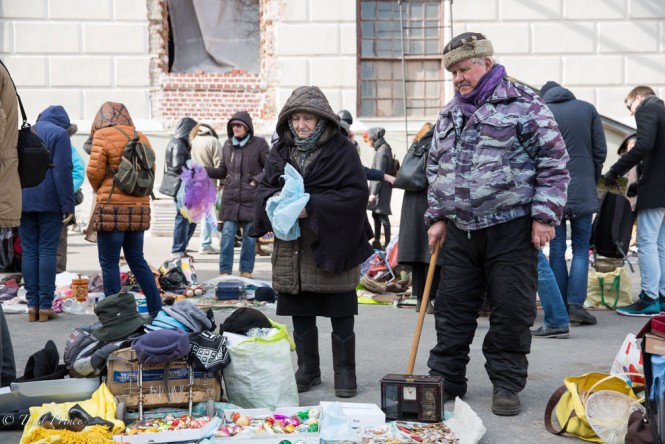 Two sellers standing by their goods. 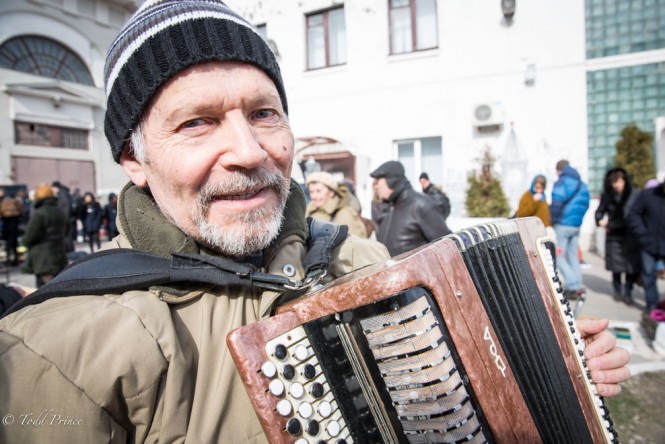 He came to play for the crowds and promote himself. 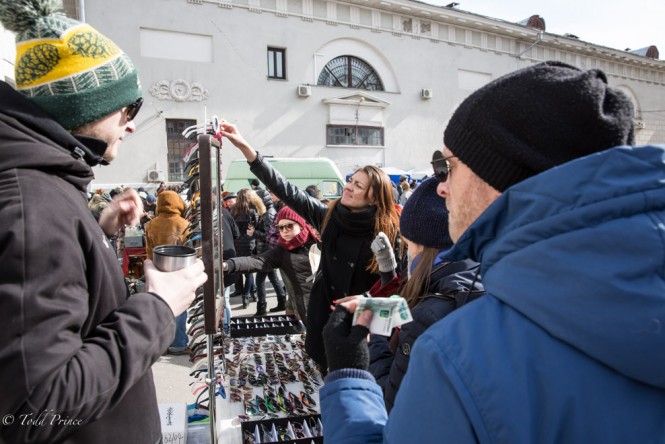 Women trying on both modern, western sunglass and Soviet-era models. 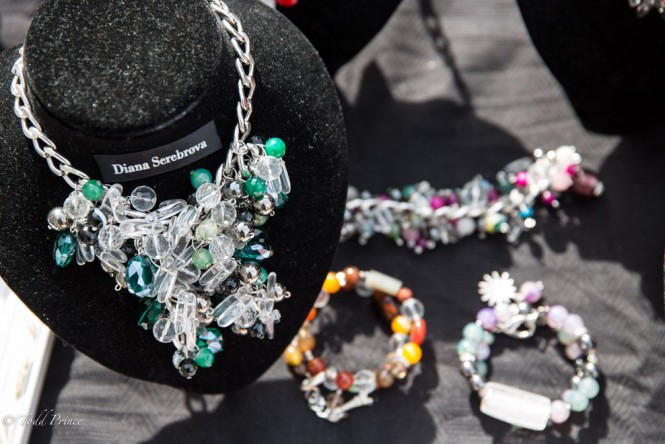 Home-made jewelry was being offered by a young, Muscovite woman. 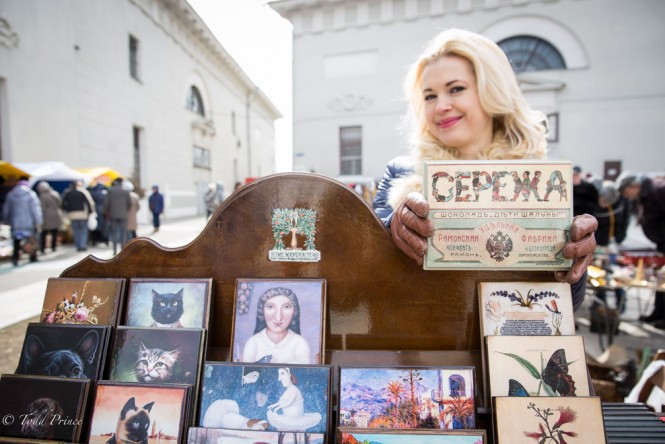 She saw metallic wall decorations in Europe and decided she could do the same in Russia – but from wood. 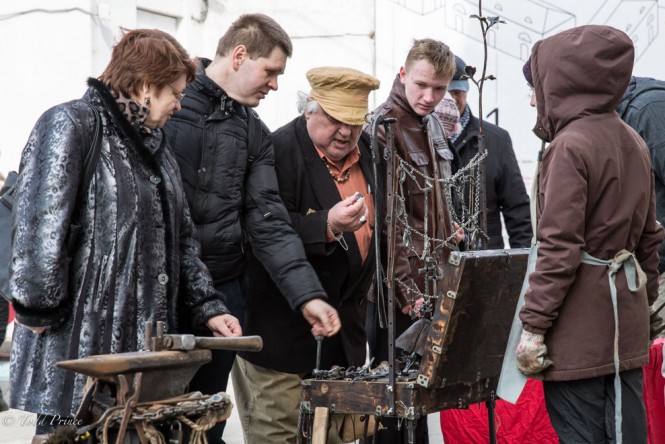 Potential buyers checking out the goods for sale at the flea market. 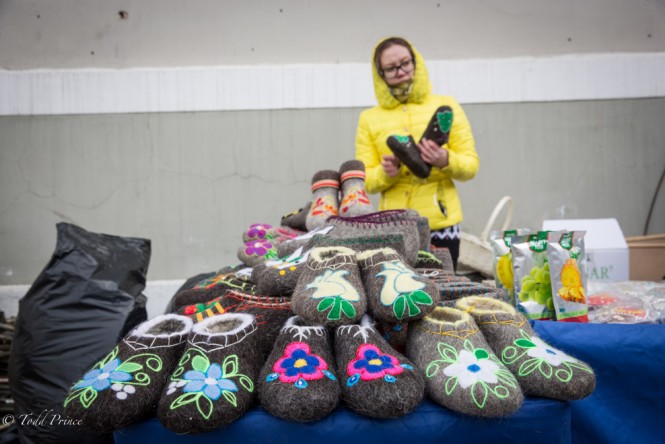 An elderly seller at the flea market.