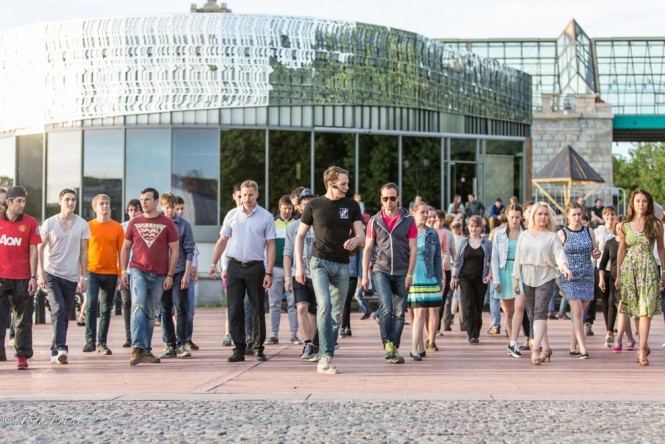 There are no restrictions, so they all come – young, old, experienced, beginners, Russians, foreigners, workers, students, male, female – to dance for an hour or more along the Moscow River as the sun sets.

This dance platform – situated under a foot bridge dividing Gorky Park from Neskuchni Sad and meters from the water – has been attracting people for at least 10 years to shuffle their feet during the long summer evenings. 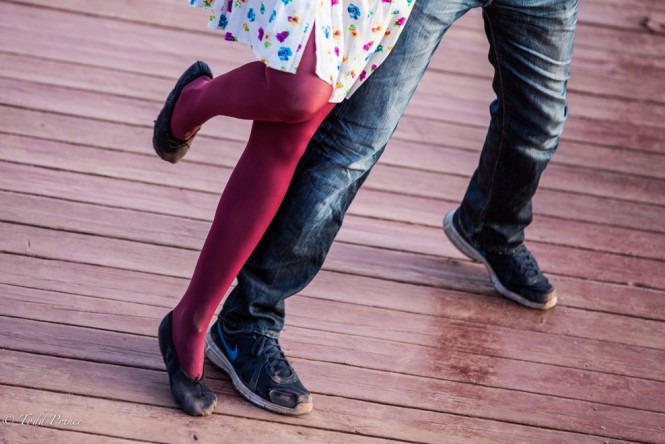 Some people dress quite colorfully for social dancing.

Many visitors out for a walk, run or bicycle ride in Gorky Park and Neskuchni Sad can’t pass this spot without stopping to gaze down on the dancers below.

At any one moment on a sunny evening summer day, about 50 to 100 people will be lined up along the wall watching the dancers’ moves, giggling at some and awing at others.

Since its renovation in late 2011, Gorky Park, including Neskuchni Sad, has been offering a wide range of free 60 minute to 90 minutes dance classes -ranging from Argentinian tango and Rockabilly to Cuban, Swing, Hustle and Irish dancing – at various spots around the park. 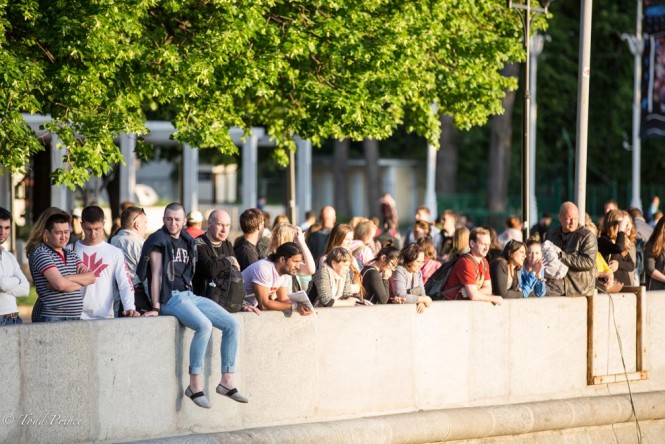 In the early evening, about 100 people at any one time are watching the dancers.

Dozens of people join the classes, some coming regularly, others trying it out just one or two times.

The swath of wooden boards under the footbridge is perhaps the most popular spot for dancing. Hustle classes have been conduced here since at least 2006 and perhaps as early as 2000, according to one of the hustle organizers.

The hustle classes start at 7:30 during the weekday when the weather is good and finish at around 9pm. However, the music continues to play until 11pm. Some hustle dancers come sporting 1950s style dresses that twirl as their partners spin them.

While no more than 100 people are dancing hustle at any one time, as many as 300 will slide their feet across the board to music by artists such as Bryan Adams during the weekdays and 500 during the weekends.

Alongside those dancing hustle on the waterside, one can find dozens of individuals practicing Irish dance, hip hop or tap dance in small groups while listening to their walkman or boombox. 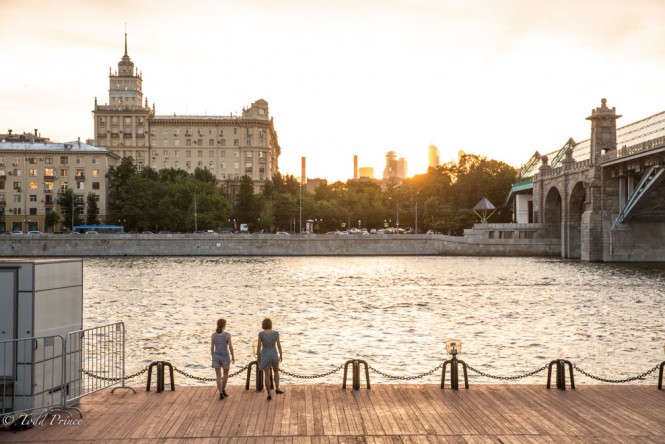 Two girls tap dancing as the sun sets over the Moscow River.

On one sunny June evening, Lyuba and Varya were practicing tap dancing by themselves just across from where a hustle dance class was being held. Varya said she has wanted to tap dance from childhood after watching a Fred Astair film.