The 5-hour train ride from Sochi, Russia to Sukhumi, Abkhazia sheds light on the economic troubles of this Georgian break-away republic.

The train passes along the Black Sea coast and, gazing out the window, you immediately understand that Abkhazia is a place somewhat frozen in time.

As the train moves down along the coast, you occasionally catch a glimpse of a few people at an empty beach – no cafes, no chairs, no entertainment – nothing but the beach and water.

That is the reality of a region that is not officially recognised by most nations of the world. Thus, private investors fear putting their money into projects there and the place languishes, its Soviet-era infrastructure literally crumbling.

When you arrive in Sukhumi, you are greeted by a run-down train station. While the tourist flow has apparently picked up, you wouldn’t think so by the rather small number of tourists in town and at the beach. The piers no longer takes in ships filled with tourists from the former Soviet states and East European countries.

That is not to say the nature isn’t great. In fact, Abkhaz beaches and water are much better than in Sochi, while the mountains are just as good as Sochi’s.

However, aside from sunbathing, there is nothing else to do at the beach…unless you enjoy fishing….which seems to be one of the popular pastimes among locals.

A few brave souls are investing in the region. I stayed at one pleasant, European-style B&B, whose owner was expanding it. A few nice restaurants have popped up as well.

But otherwise Abkhazia’s infrastructure is – like the elderly people that gather in the centre to play chess – not getting any younger. Piers are dilapidated as are the sanatoriums, though the Lenin murals on the sanatorium grounds are still recognizable.

Until the political standoff is resolved and investment revived, Abkhazia will continue to feel like a Soviet relic and will attract only the financially strapped that can’t afford Sochi and adventurous travellers. 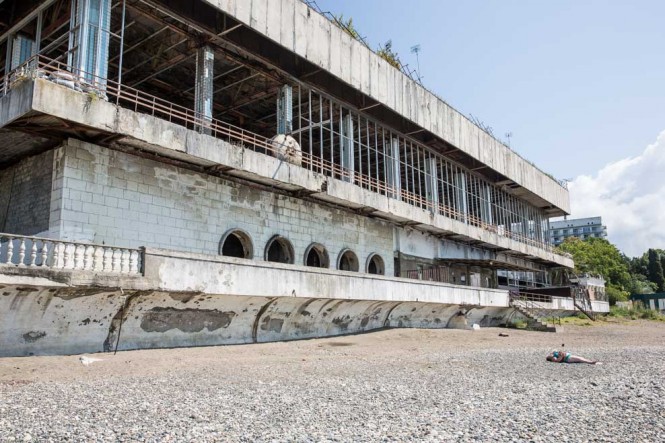 The crumbling infrastructure on the Sukhumi coast. 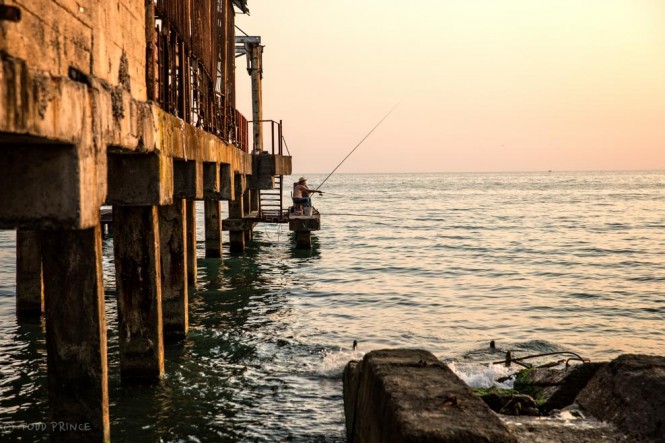 Fishermen on a pier in Sukhumi. 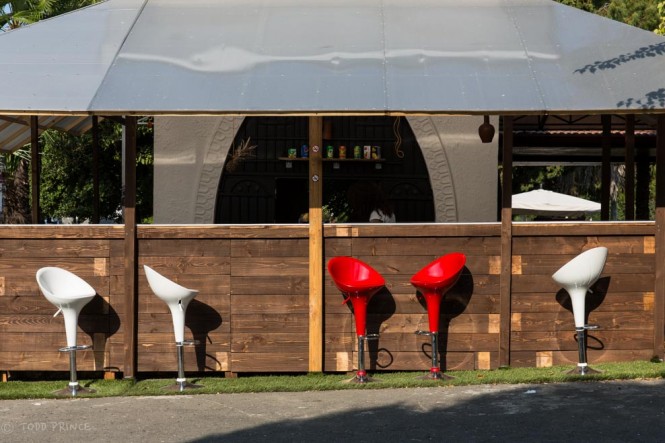 The small stream of tourists means empty seats at the bars. 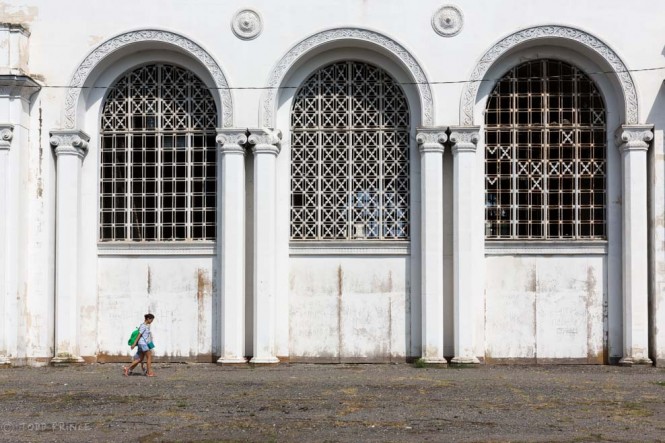 A woman walking by the train station in Sukhumi.