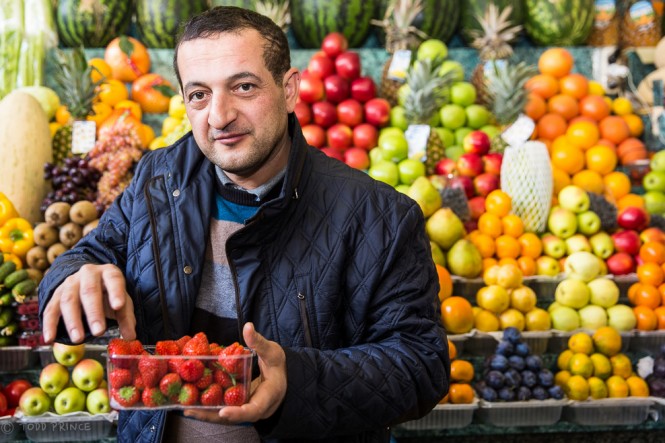 Arzu, a Baku native, has been working at the market for nearly a quarter century.

I spent a Friday autumn afternoon photographing at Dorogomilovsky Market, a popular fresh food market in Moscow where many restaurants buy their food in addition to individuals.

Fresh fruit, vegetables, fish and meat as well as hot bread are some of the things on offer at the market. You can also pick up some packaged goods like chocolate and drinks in the kiosks in the outdoor section.

There are 1,200 ‘trading spots’ at the market, including both the indoor and outdoor sections. About 3 people serve each spot, which includes those delivering the goods, so about 3,500 working in some capacity at the market on a daily basis.

About 20,000 individuals pass through on a daily basis according to Dorogomilovsky management.

Much of the fruit and vegetables come from the former Soviet republics, as do most to the workers, including Azerbaijan, Tajikistan, Kyrgyzstan and Georgia.

Many of them have been employed at the market for several years and alternate between home and Moscow. A few said they work from six to nine months at Dorogomilovsky before going home to spend a few months with their families.

The market tends to serve a wealthier clientele seeking quality produce, much as butcher shops tend to do in the US. The number of supermarkets and hypermarkets in Moscow has surged since 2004, meaning Dorogomilovsky faces greater competition for its more price-sensitive customers.

The neighbourhood around Dorogomilovsky Market has change significantly over the past decade with new commercial and residential buildings going up.

The market is a short walk from Kievsky Rail Station, which itself has had a recent facelift, and two metro stops from the expanding Moscow Financial District, likely the largest construction project in Moscow.

It is also a short walk from Kutuzvosky Prospect, one of the wealthier boulavards in Moscow, where you can find brand stores like Gucci, Ermenegildo Zegna, Max Mara and Bottega Veneta.

I have post some photos from the Dorogomilovsky Visit below, but please see this link for more photos: 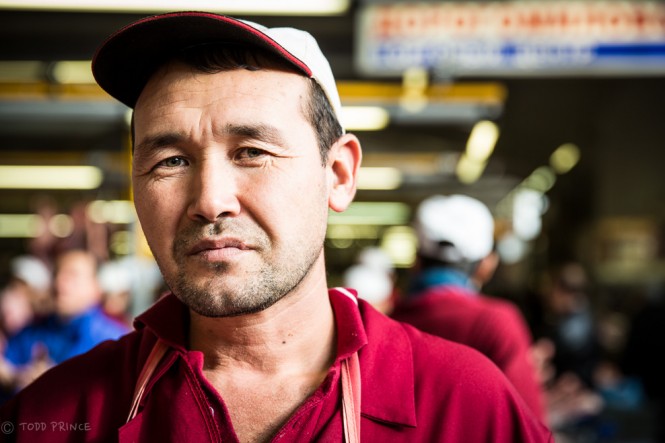 Chori, also from Tajikistan, has been working at the market for about 15 years. 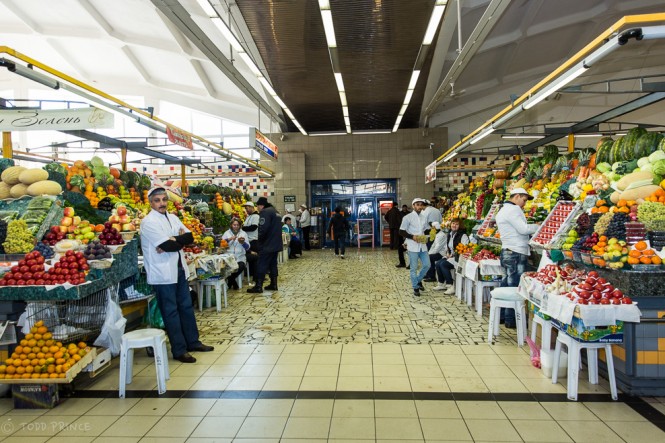 A fruit isle at the Dogomilovsky Market.

He has on offer this 8kg fish caught in Astrakhan in Russia’s south. 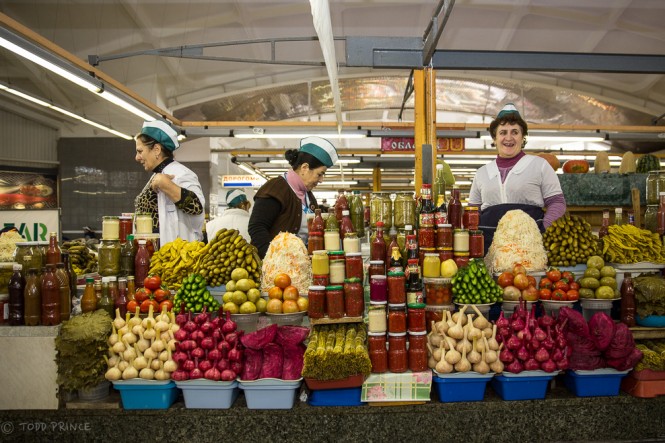 The vegetable corner at Dogomilovsky Market 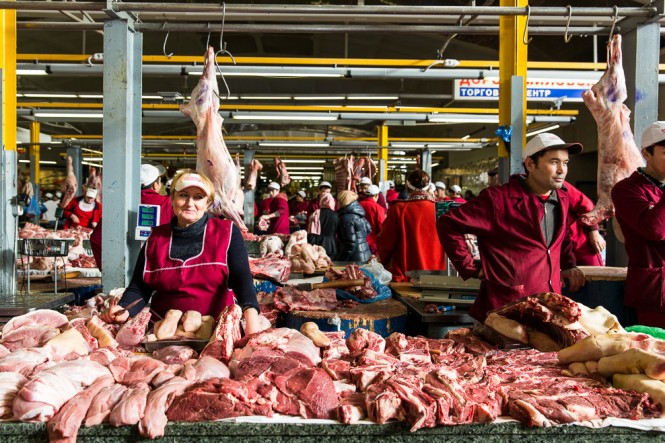 Women mainly work in the vegetable section, while men mainly in the meat & fish section, though there are exceptions.