The large, Rostov meat market in the center of town.

Outdoor and indoor markets tend to be colorful places no matter what country you are in – China, Russia or the USA. Moscow used to have plenty of them, but with the boom in modern supermarkets over the past decade, their numbers have been reduced.

However, you can still find ‘old-school’ Soviet-style markets in Russia’s regions. I visited Rostov-on-Don, a relatively wealthy city in Russia with a population exceeding one million, and came across a large meat market in the center of town there to my surprise. 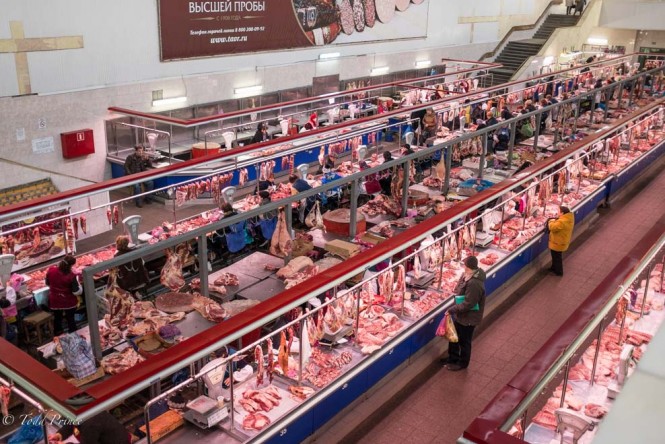 The meat is mainly sourced locally, I was told.

While I occasionally visit such markets in Russia, I hadn’t seen a dedicated meat market so big before. It seemed as if there were about 100 stalls of people just selling meat.

The overwhelming majority of the people selling them meat were middle-aged women. I was told that men cut the meat and the women sell it.

Though I didn’t check to confirm it, the weighing scales look like the same model I have seen in other Russian ‘old-school’ markets – produced in communist Czechoslovakia in the late 1970s. 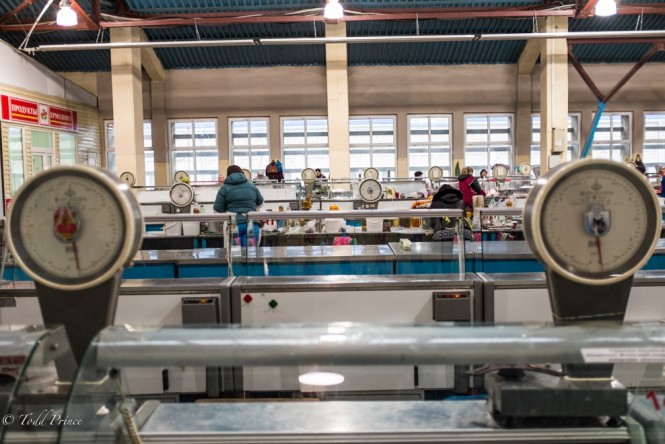 Modern scales would be able to calculate the weight and price. So, these sellers will need calculators. It is cheaper to invest in a new calculator rather than buy a new scale.

As the scales are all the same, it creates a harmonious symmetry inside. The showcases are also the same it seemed.

On the second floor, you could find plenty of salo, a traditional food in Eastern Europe, and some rabbit. I was told most of the food is sourced locally. 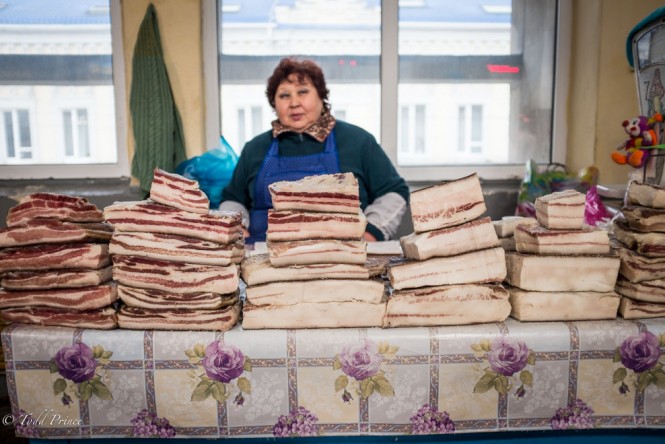 A woman selling Salo at the Rostov market.

Overall, the market was an interesting site and worth a visit if you are in Rostov.

Rostov will be one of the host cities for the 2018 World Cup games and the government will be investing in the city’s upgrade in the coming years. I don’t know if this market will stay intact or not. 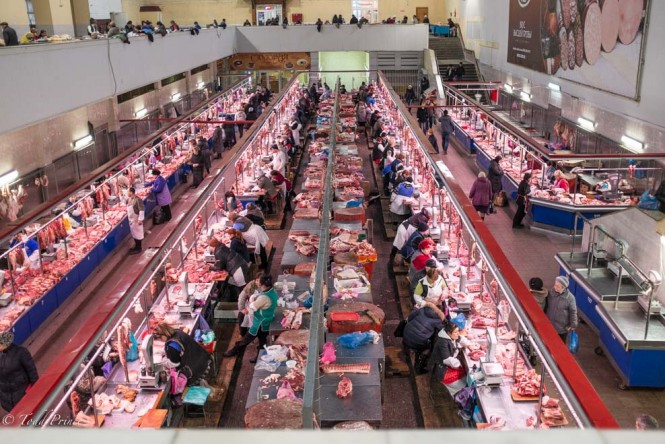 A view of the meat stalls from the 2nd floor of the Rostov Market.

I believe this was the dairy section and that many had left for the day as it was nearing 3pm. 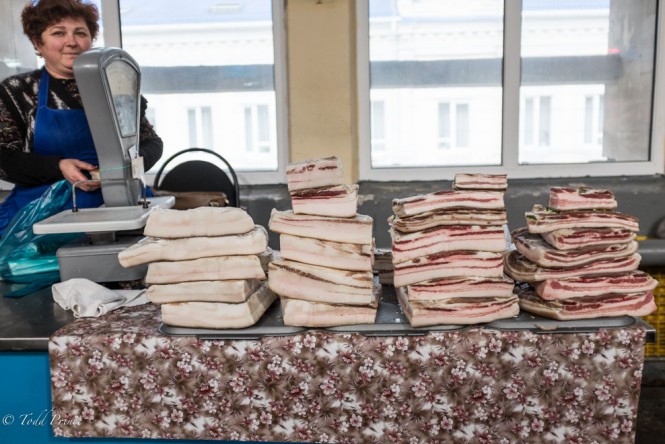 A woman selling Salo on the second floor of the Rostov Meat Market. 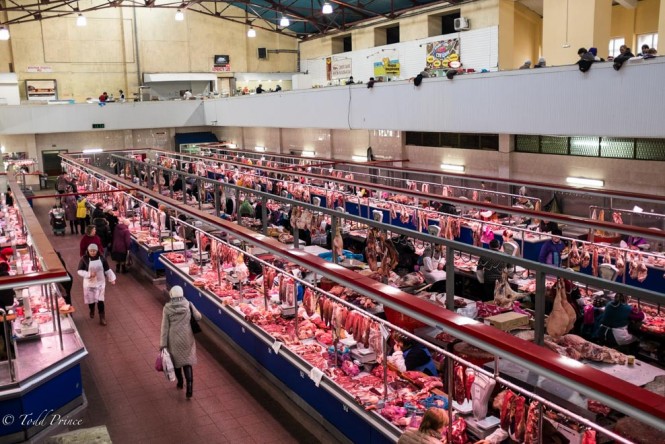