Like so many other entrepreneurs, Sergei, 38, said he started his Moscow tie and hat production business by accident.

Sergei, who grew up in the Siberian city of Tomsk, moved to Moscow about nine years ago after giving up on his history degree.

While in Moscow, he tried various businesses, including starting a wide-format printing business with a partner.

When a dispute with that business partner erupted four years ago, Sergei found himself on the streets without a job. In hindsight, he says it was a blessing in disguise. 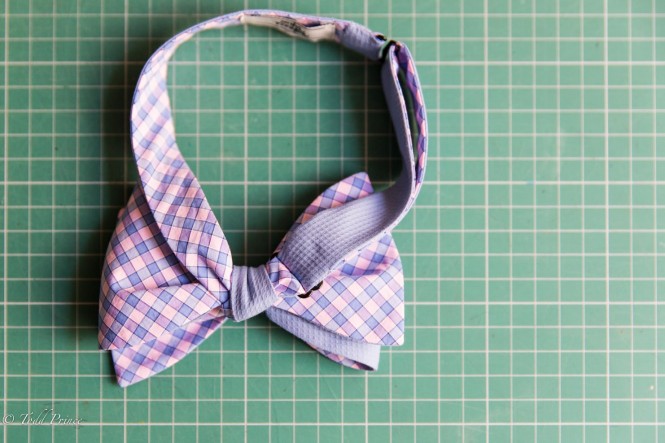 One of Sergei’s bow-ties.

With the extra time on his hands, he began to experiment with things, including with his image, adding bow ties to his attire.

As Europe’s largest city, Moscow offers just about everything one could need.

However, Sergei says he wasn’t satisfied with the bow ties he could find in local stores.

The ones he liked were produced by small, foreign firms and they didn’t ship to Russia at the time.

So, he bought some material, drew tie designs and gave it to an atelier to sew. 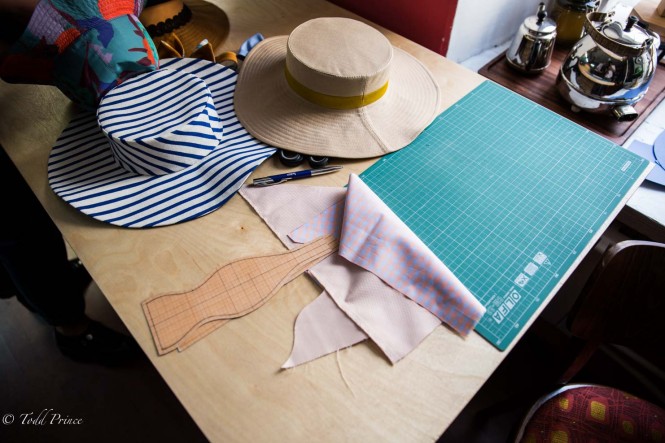 Turning an Idea into a Business

Sergei then made a few more and gave them to friends as gifts. Then it struck him to turn the ties into a business.

A year and half past between sewing the first few hand-made ties and setting up regular production.

For the past two and a half years, Sergei has been producing ties – and now hats – in a rented room in the center of Moscow. He buys the material – Italian and German – at various wholesale spots on the edge of the city. 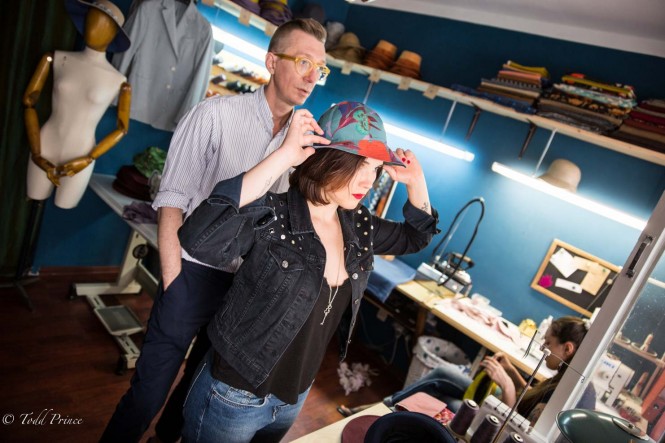 Sergei watching as a customer tries on a hat.

‘’If someone told me a few years ago that I would be making ties and hats, I would have been very surprised,’’ said Sergei, who wears yellow-rimmed glasses and sneakers along with his accessories.

But now, he says, he wouldn’t exchange his fashion workshop for his previous, more lucrative, printing job.

‘’It is a great pleasure to have a job where you can be yourself,’’ said Sergei, who exits the 2nd-floor shop every so often to smoke a Kent cigarette in the courtyard while two women sew his designs.

It is also the name of a character in a 1970s Soviet sci-fi film called ‘The Failure of Engineer Garin,’ based on a 1920s novel by Alexey Tolstoy. Thus, the brand name might easily stick in many people’s minds.

Standing in a colorful, 20 square-meter room filled with hats, sewing machines and designs, Sergei says he is driven by a dream to see ‘Engineer Garin’ become a recognized brand. Sergei hopes to move in the near future into larger premises and produce in greater numbers.

A few stores have begun buying his goods. Consistency is important to getting picked up by fashion outlets, Sergei says. 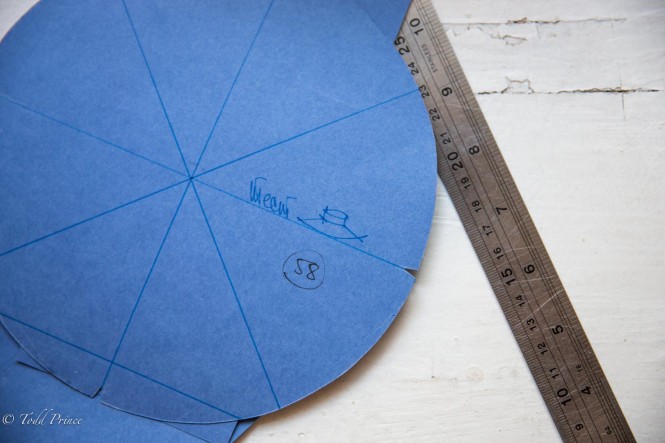 ‘’You have to work every day, regardless of whether you are in the mood or not. You can’t produce one season and then not the next season because you didn’t have inspiration. Stores will not work with you.”

Sergei says he works five days a week, sometimes coming in on the weekends if need be. He dismisses the notion that he is a creative person.

Sergei’s small production room is located on a quiet street in the center of Moscow.

Worker, Not an Artist

Sergey is confident that that he will achieve his dream with some time.

”If you still stick with something consistently, you will eventually get recognition.” 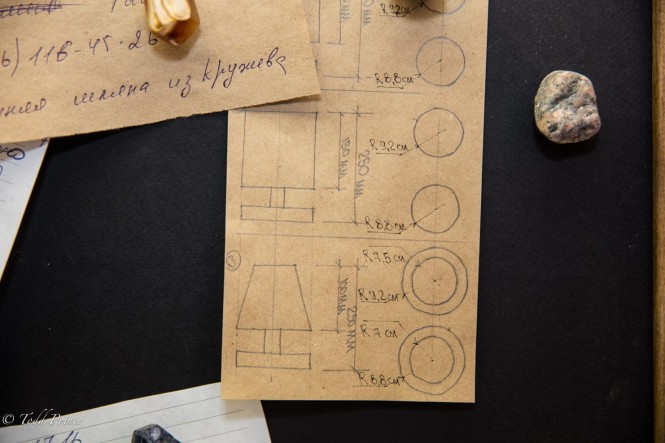