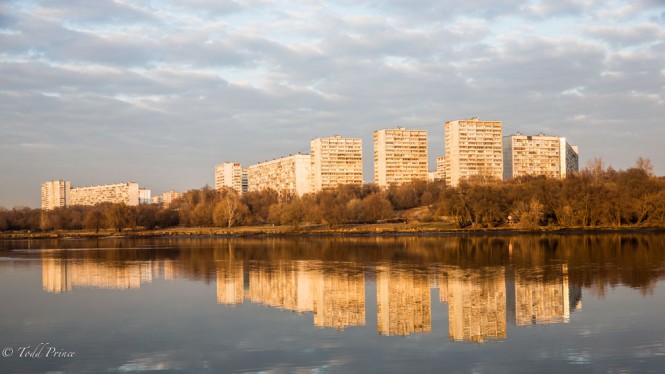 Soviet-era panel housing at the city edge cast a reflection in the Moscow River at sunset.

I visited a friend working at the massive ‘Southern Gate’ trading complex at the edge of Moscow this past weekend and took a few photos of the sun setting over this busy part of the city.

Southern Gate itself is worth a photo blog. The trading complex has 3,000 trading stands and, based on my very short visit, looks like a real Asian melting pot. I met Afghanis, Chinese and Uzbeks and saw what appeared to be an Indian man exiting the store.

The food shops at the trading complex reflect this Asian component with Central Asian, Chinese, Vietnamese and Turkish restaurants. The trading complex offers all sorts of clothing and items like lights, batteries, ornaments, ect.

The Southern Gate borders the Moscow River on one side and the 10-lane Moscow Automobile Ring Road (known as MKAD in Russian) on another side. The MKAD can stand still with traffic on the weekend, as I saw this weekend. 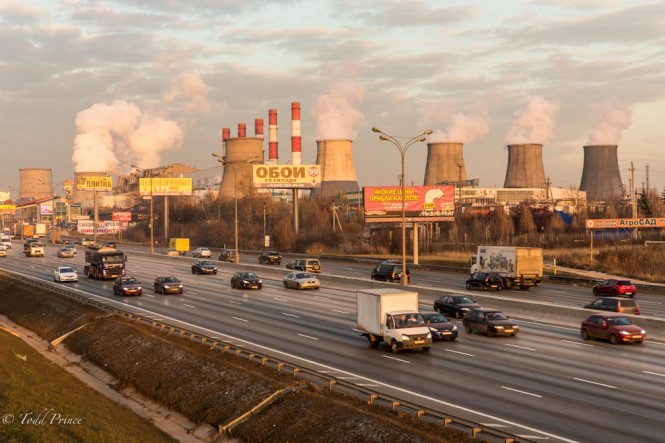 A close-up of the power plants as seen from the bridge.

A set of about 8 old thermal power plants rise up in the distance on the other side of the MKAD, throwing visible steam in the air on cold days, creating a jaw-dropping effect in my view (at least for foreigners not used to seeing such plants at home).

Moscow’s wide expanses and massive housing complexes run the expanse of the horizon when you look north, easily confirming its Europe’s largest city….by a wide mark.

A small bridge crosses the Moscow River and I climbed up to take some photos of the housing complexes, MKAD and power plants, which was awash in a golden color during the sunset. 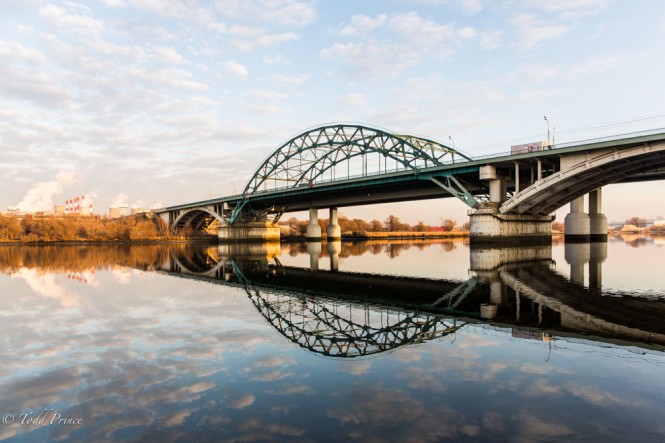 The MKAD bridge near the Souther Gates trading complex. An awesome view of Moscow opens up when looking north. The power plants can be seen at far left. 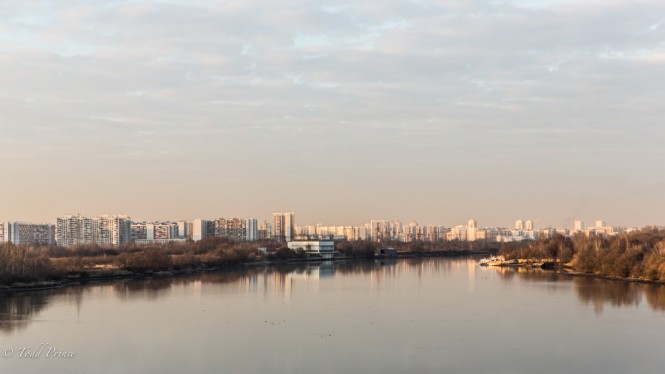 The view from the bridge looking directly north back toward the center of Moscow. 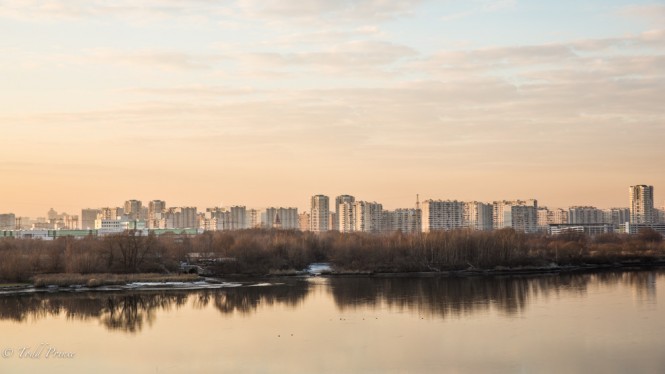 The view from the bridge looking northwest. The Southern Gate, which is not pictured here, is to the left. 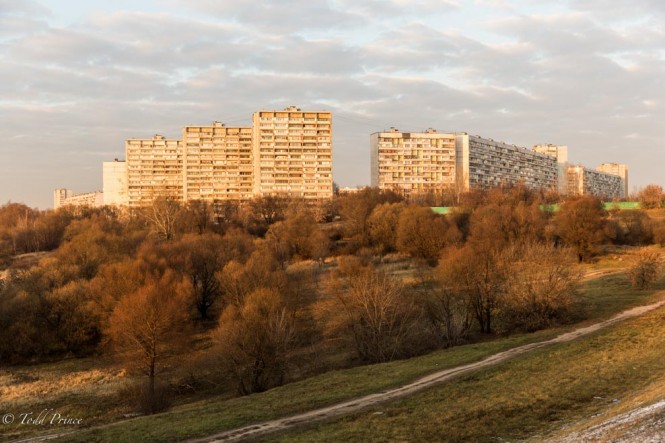 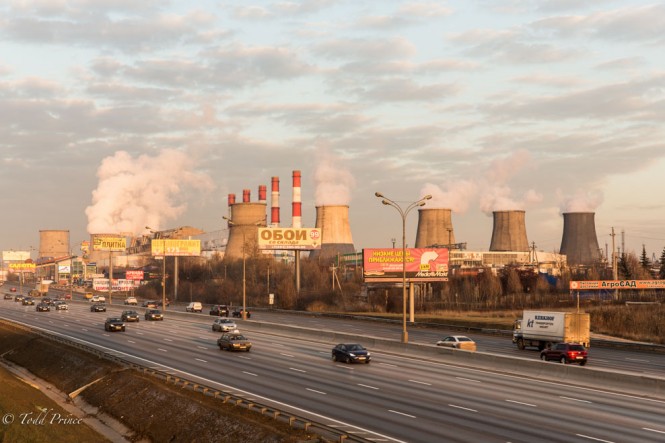 These thermal power plants that help power Moscow stand at the edge of the city on the other part of the MKAD. In colder weather, the steam is more visible, creating an impressive site. 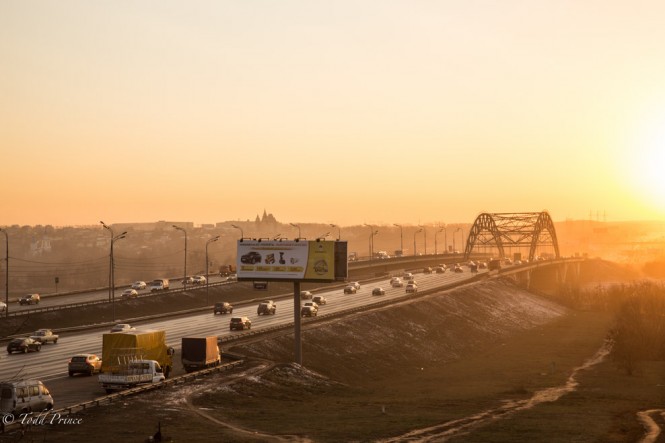 Looking west along the MKAD as it crosses the Moscow River. This shot was taken around 3:30pm. Two hours later and the road was pretty thick with traffic, which is mind boggling considering how many lanes this road has. 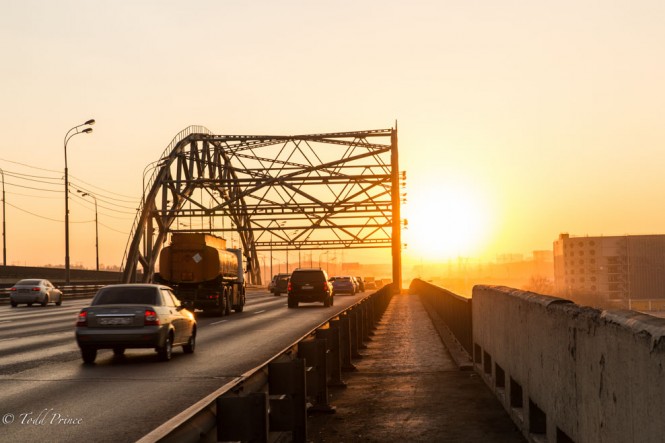 Walking over the bridge toward the Southern Gate, whose building can be glimpsed on the right hand side. 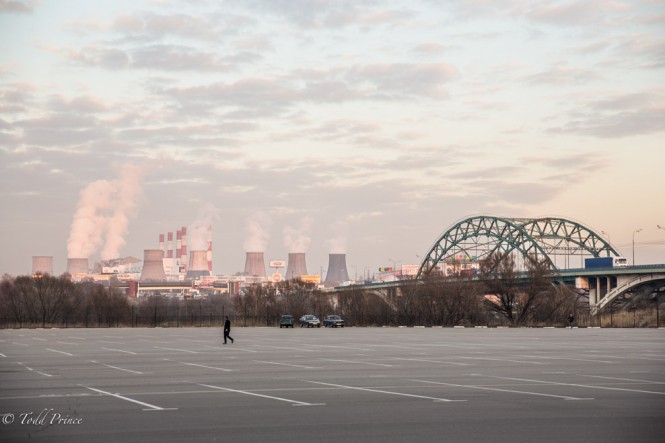 The power plant complex as seen from the back of Southern Gate. 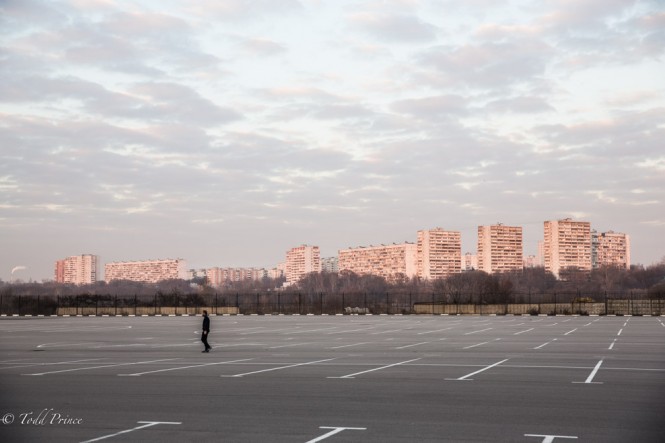 Another view of the large Soviet-era housing complex standing across the Moscow River directly opposite Southern Gate trading building.