Irish dance students in Kazan lacing up their shoes.

Three adults are lacing up their worn black leather shoes as they sit against a wall in this worn-out, 30-square meter basement room on a quiet street in the center of Kazan, a Russian city on the Volga.

As the clock hands approach 7:30 pm, a few more adults enter the basement room, passing through a door decorated with a shamrock. They walk into the changing room at the other end, passing Leprechaun dolls dangling on a wall.

After a few minutes, Lilia Zinatullina, a dance instructor, grabs a plastic watering can and begins shaking it. Droplets of water fall to the floor. That will create some friction so her seven students don’t slip and fall.

Once all are laced up, the adults – ranging in age from about 20 to 45 – form a line and begin stretching their necks and legs. 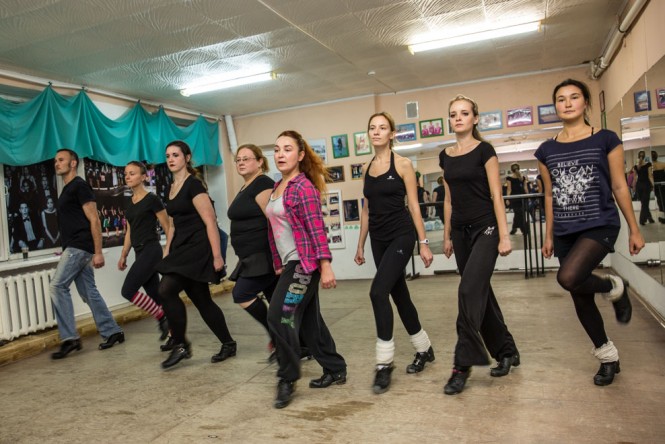 Lilia, in the red plaid shirt, leading the class.

When Mrs. Zinatullina presses a button on her laptop in the right-hand corner of the room a few minutes later, the music starts and the weekly Thursday night Irish dance lesson in the Tatar capital 900 kilometers east of Moscow literally kicks off.

One of five Irish dance groups Lilia teaches each week, these adults will spend the next 90 minutes stamping their feet and practicing their leaps.

She currently has about 30 students in her five groups, ranging in age from five to 45. The overwhelming majority of the students are female. 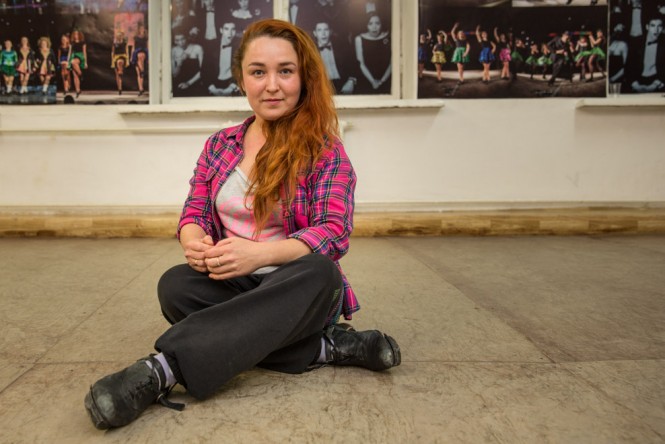 Lilia, a Bashkir native, opened her school ‘Sonas’ – which means happiness in Irish – in Kazan in 2007. In addition to Irish dancing, she also teaches Tatar, theatrical and a few other styles.

‘’Since age 6, I knew that dance was my life,’ she said. ”I confidently pursued it even though my parents didn’t quite approve of it.’’

Were it not for a small, random gift from a friend twenty years ago, Sonas may not exist today. 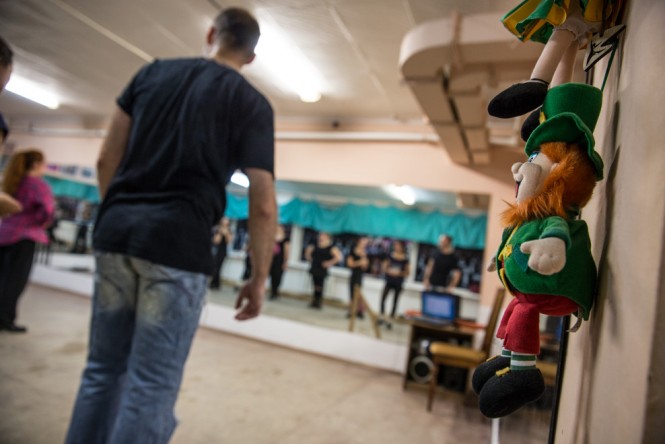 A leprechaun on the wall where Lilia teaches Irish dance.

Lilia got the Irish dance fever back in 1998 while still a teenager studying dance at a technical school in Bashkortostan. She recalled how her friends returned from Moscow with a VHS tape of the show River Dance.

“The VHS accidentally fell into my hands. I didn’t even know about the existence of River Dance,” Lilia said. ”I was blow away by it – the smoothness, synchronization and speed of the movements and music.”

She began to practice Irish dancing on her own by watching the VHS and continued to pursue it after entering the chorography department at university in Kazan.

Upon finishing her dance studies in Kazan, Lilia married and gave birth to a son. Later, she began to attend a series of Irish dance master classes led by John Carey, Colin Dan and others. 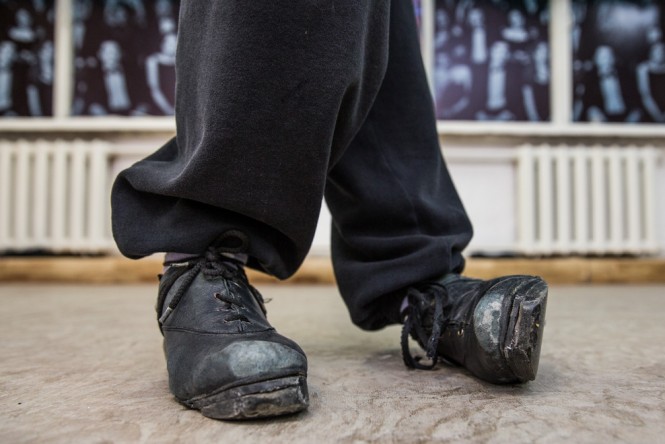 Lilia’s dancing shoes. Sonas takes parts in Irish dance competitions with other schools in Russia and puts on an annual show at year’s end. The main difficulty is finding enough male dances for the show.

‘’Not many people signed up for the class as few in Kazan knew what Irish dancing was at the time,’’ she said. The number of students enrolled changes ‘’as not all can handle the tough workout.’’

Sonas takes parts in Irish dance competitions with other schools in Russia and puts on an annual show at year’s end. The main difficulty is finding enough male dances for the show. 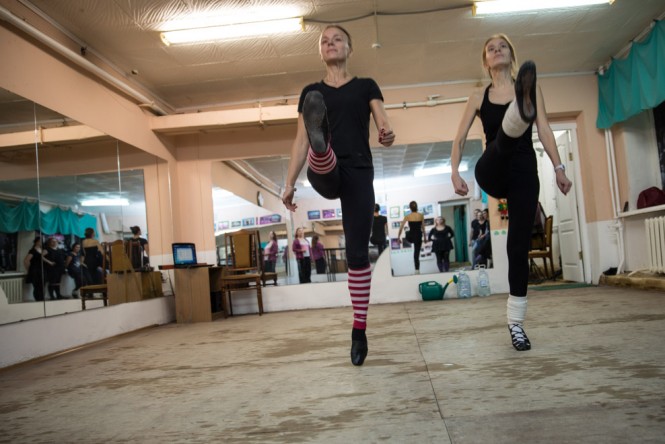 Lilia’s students kicking up a storm.

Lilia’s Sonas school is one of the Russian branches of the Carey Academy.

John Carey and his colleagues come to train the teachers and students in Russia a few times a year.

To see a the full photo gallery, click here.