As I walked through historic Batumi on a cloudy May weekday afternoon, I noticed an old shoe repair store and popped in a for look.

There I found Roco and Robert working away on chairs behind a desk near the door covered with various cutting instruments and glue. Gena, an Assyrian co-worker, was in the back

The premises were roughly 20 square meters and there wasn’t much free space anywhere.

The four dark-brown walls were covered with coats, plastic bags with shoes, oil paintings, a photograph of a deceased colleague, a poster of former Georgian President Mikail Saakashvili and a Georgian flag.

A sewing machine and dozens of shoes filled a lot of the floor space. An old-school radio with cassette player filled the room with music. 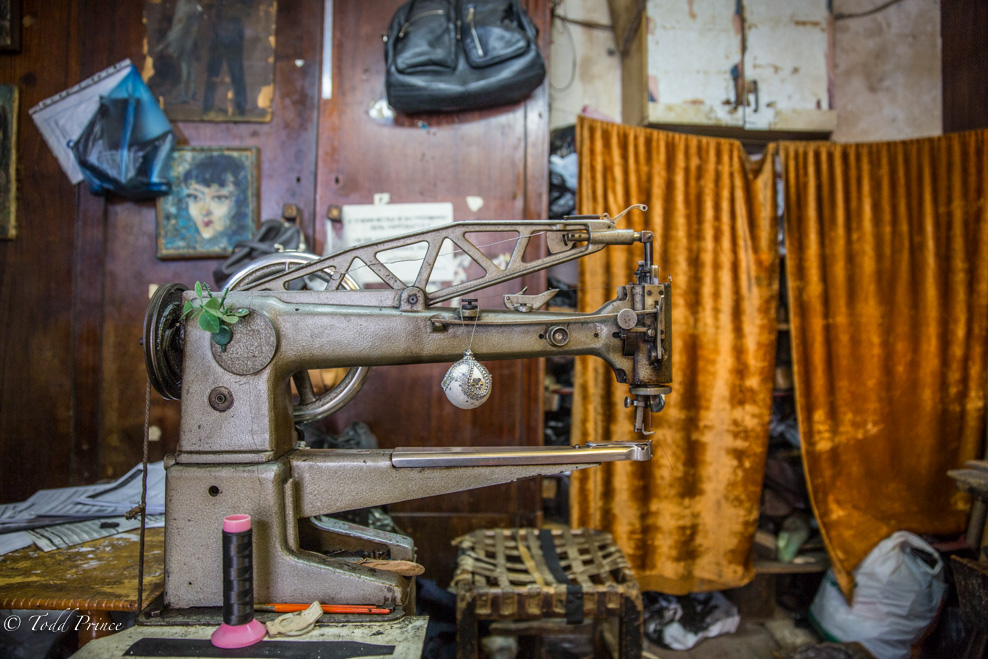 Robert, 48, said he got into the shoe business during the perestroika years after his brother approached him with a business plan.

A machinist at the time, Robert said his older brother wanted to take advantage of Gorbachev’s economic reforms and start a small shoe production business. His brother would make the top part of the shoe and Robert would work on the soles.

Robert, an Armenian by nationality, said that Batumi was a shoe production center during Soviet times, thus why he brother came up with the idea.

Most of the shoes produced in Batumi went to Russia, the largest of the Soviet states by population. Robert and his brother planned to sell their shoes into Russia as well.

However, the collapse of the Soviet Union and the resulting economic chaos and trade barriers that followed killed their plan, Robert said.

Nonetheless, the idea changed their lives forever. Both he and his brother stuck with the shoe industry.

Robert has been repairing shoes since, doing a brief stint in the Moscow suburbs during the mid 1990s. Robert said his brother makes shoes in Krasnodar region in Russia’s south. 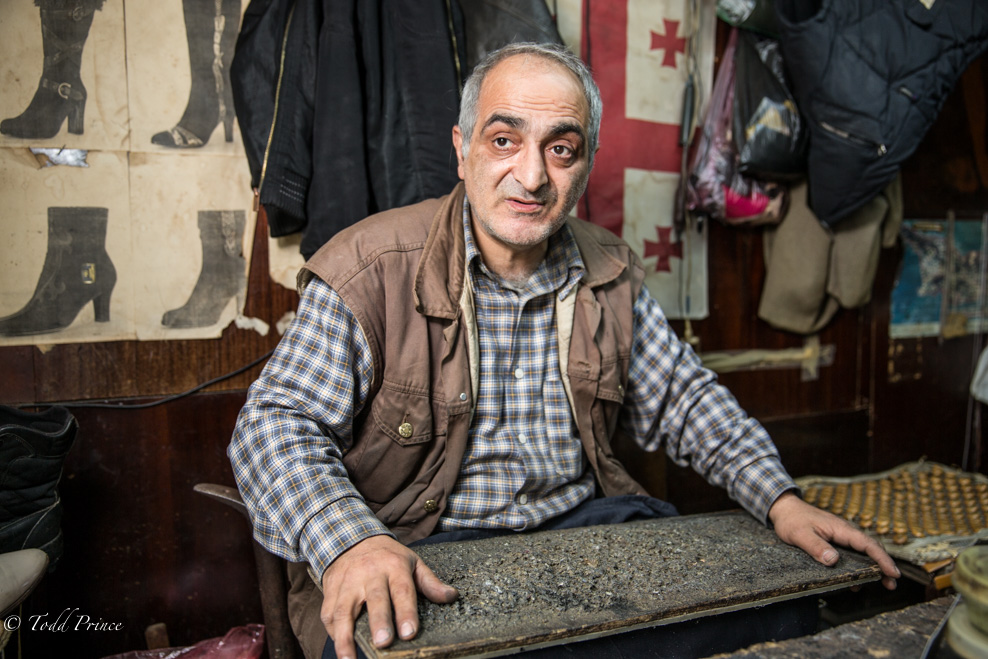 Roco, also Armenian, said his father was in the shoe production business in Batumi. When WWII broke out, his father, then 14, went to work in the local factory making footwear for the Soviet armed forces.

The men said they often work seven days a week, taking off just for major holidays like New Year’s. 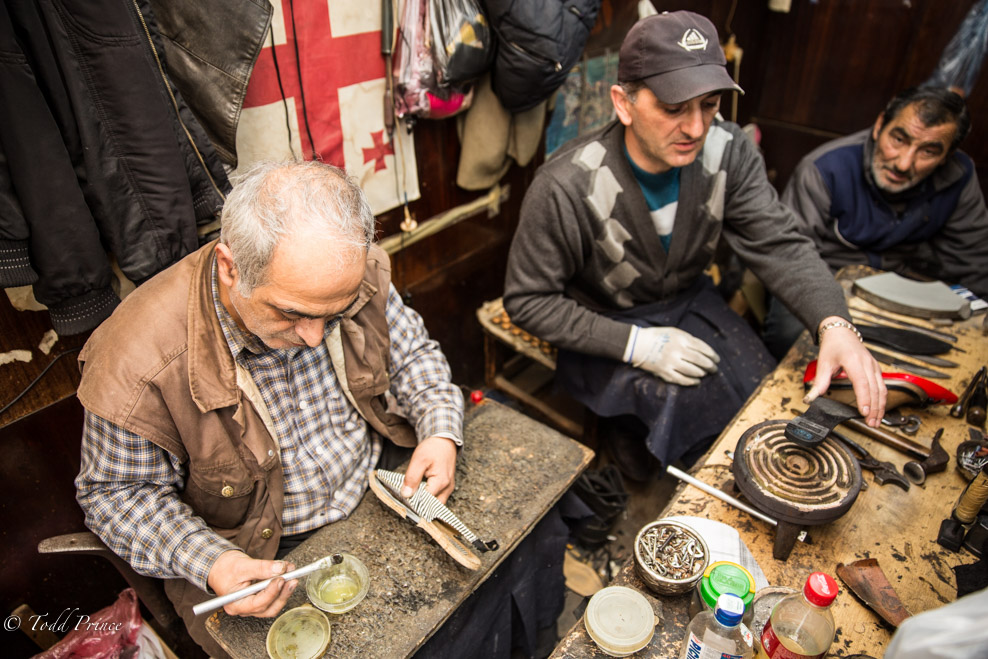 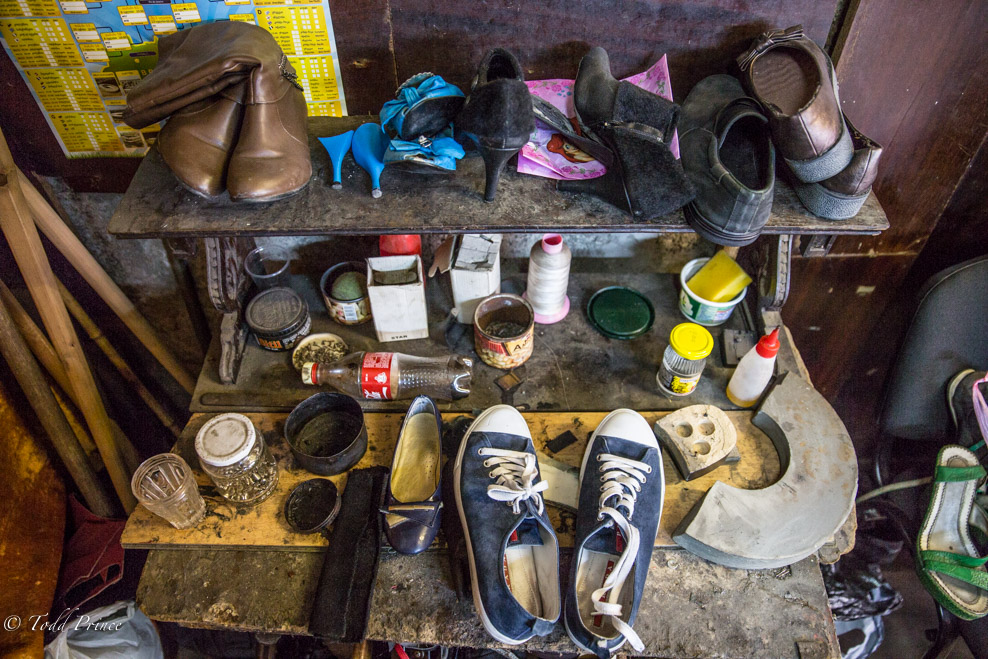 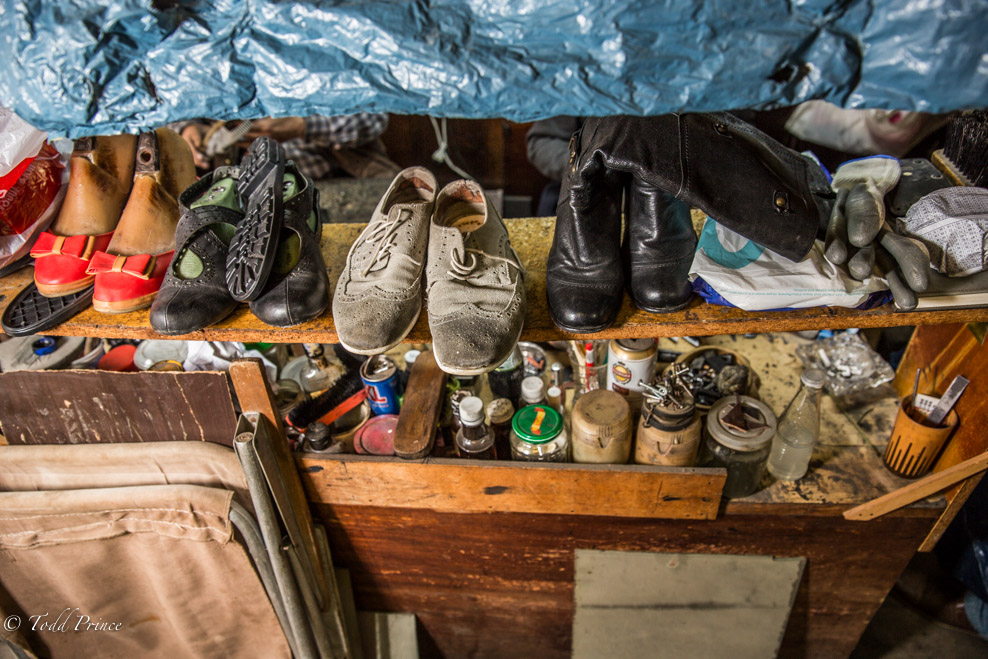 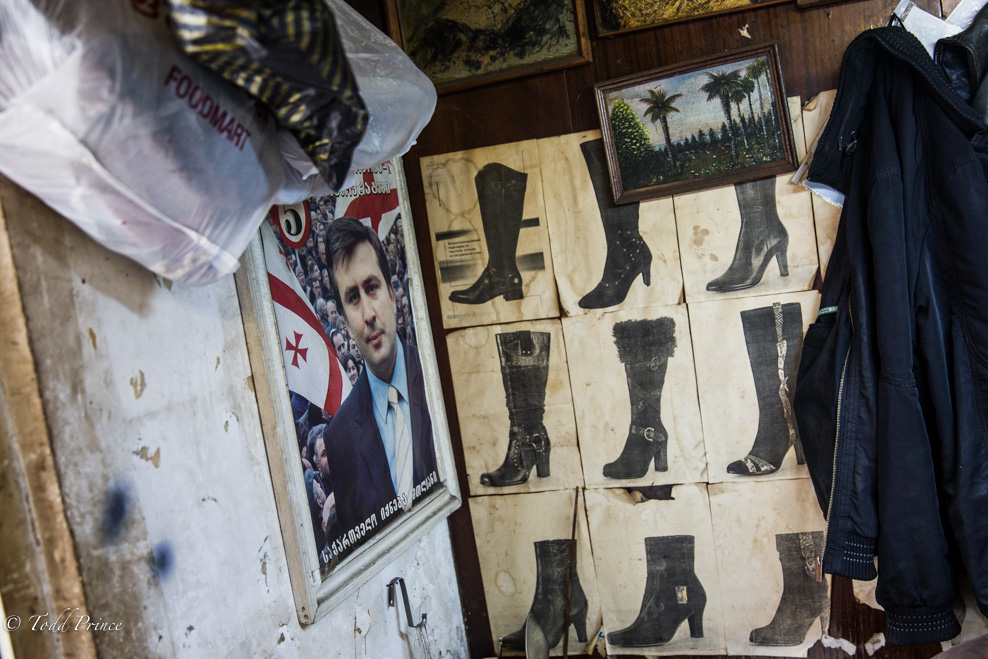 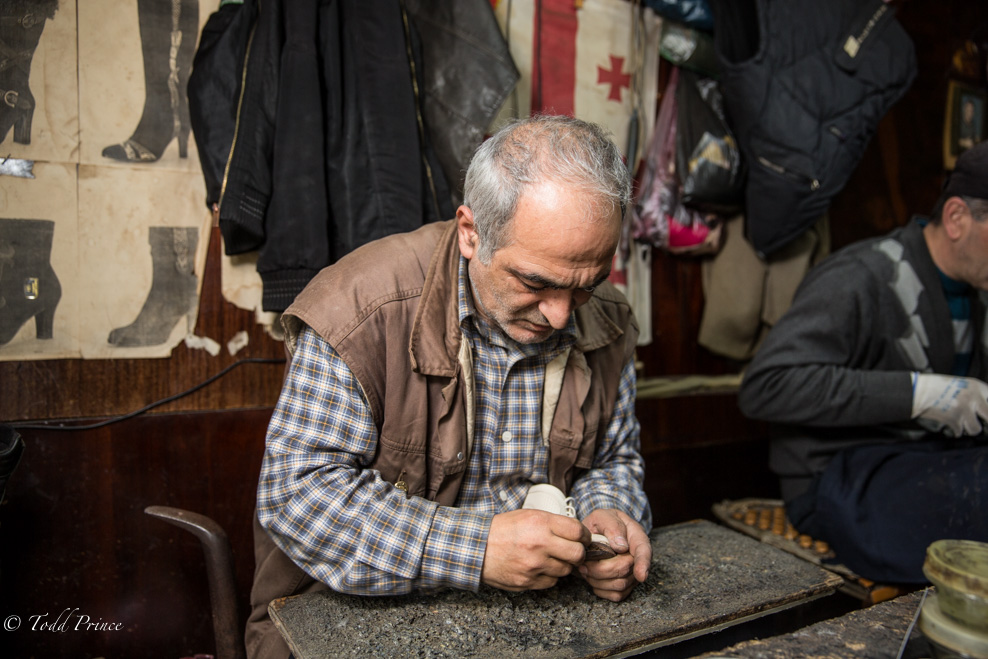 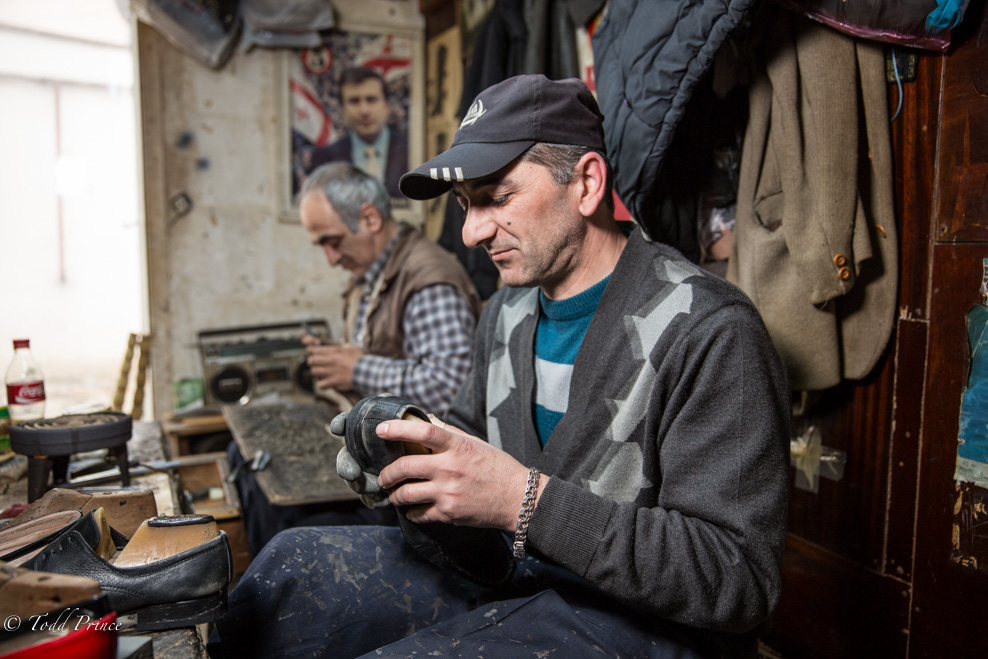 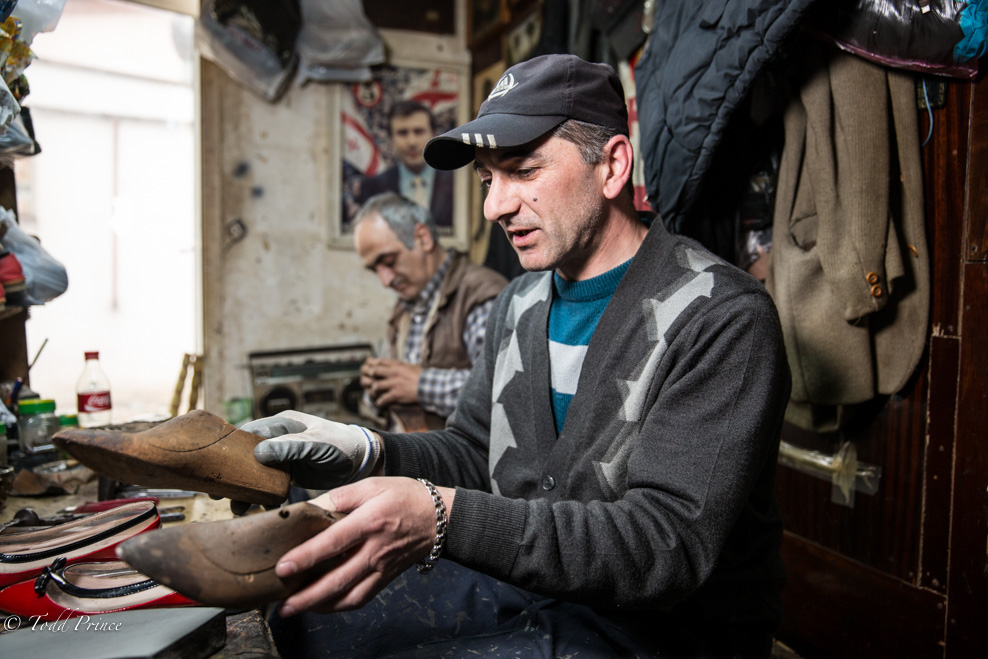 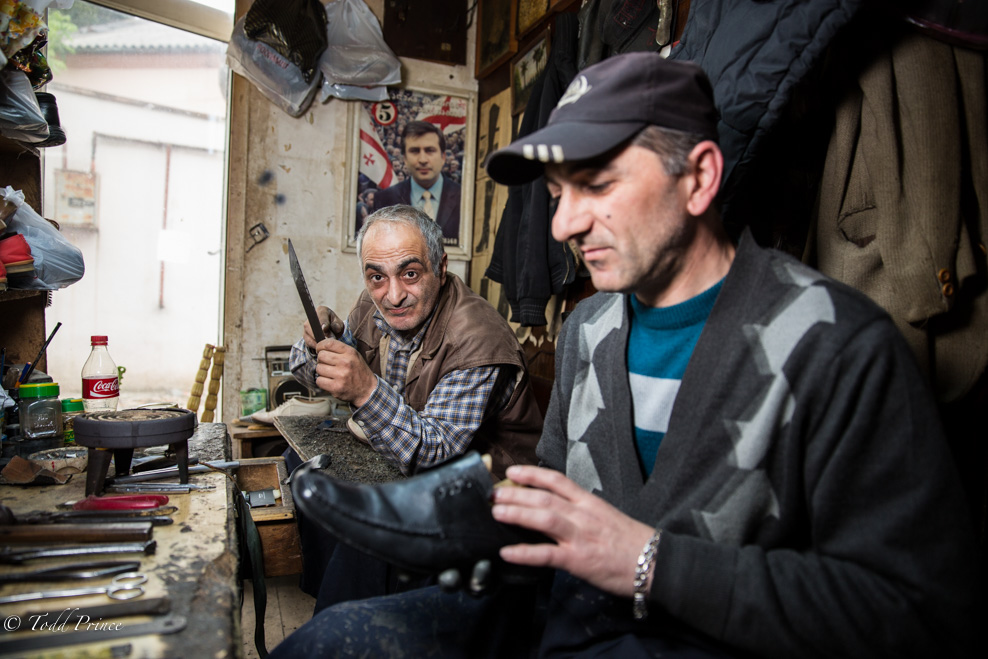 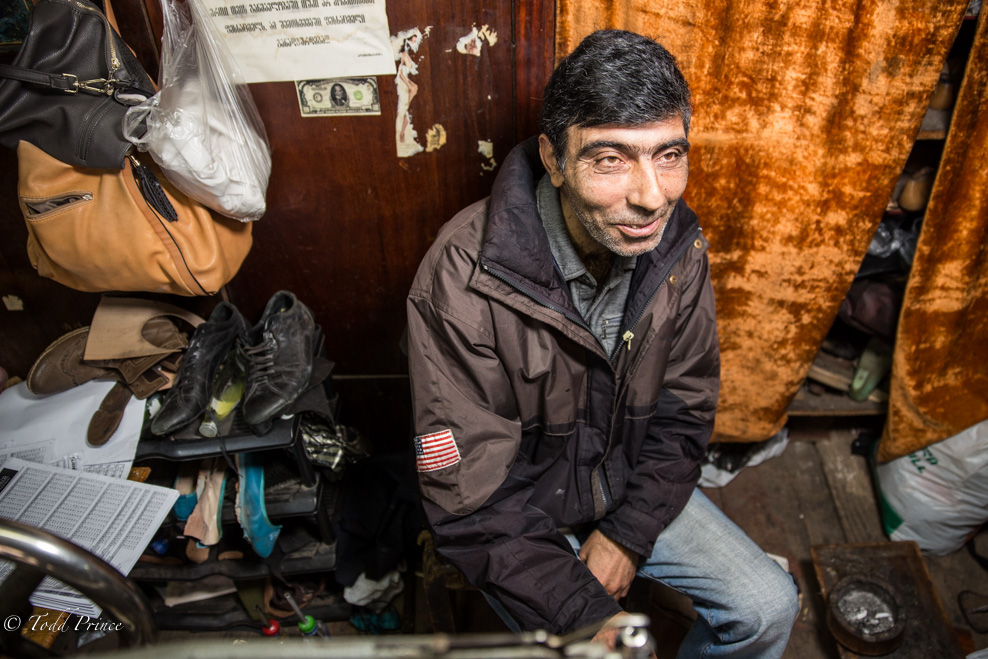 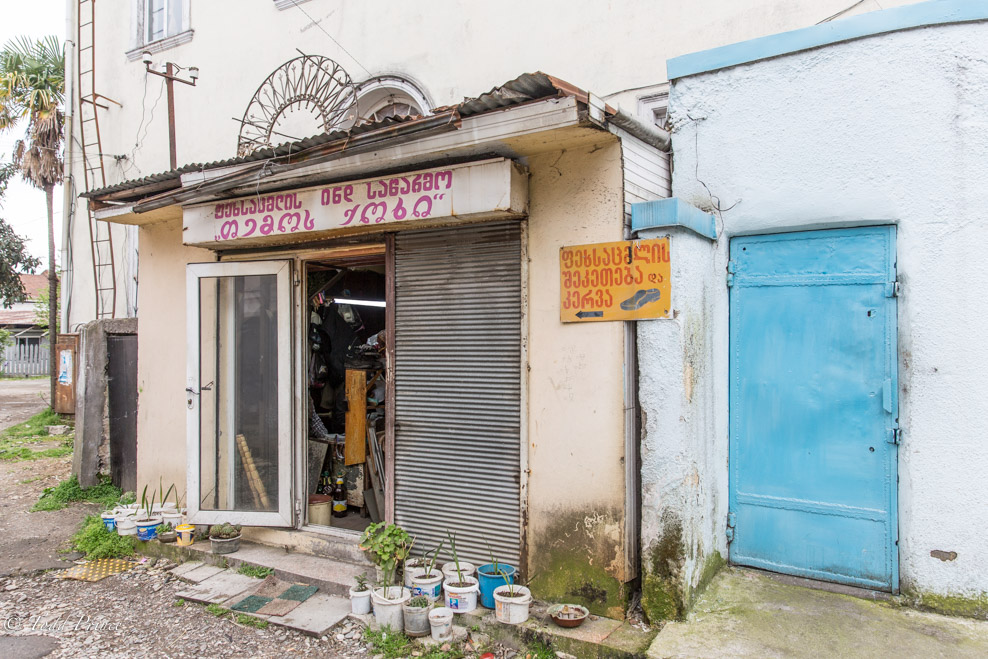